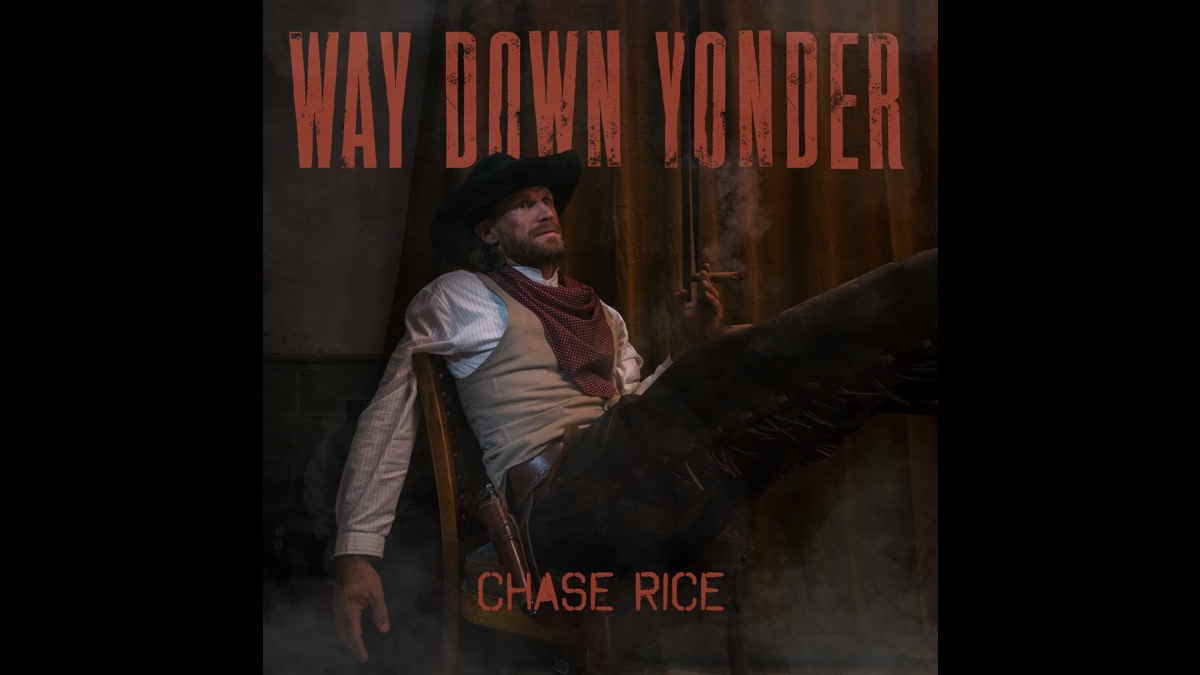 (EBM) Chase Rice has released a Wild West-style music video for his brand new single, "Way Down Yonder", whichshowcases a rugged new sound previewing Rice's next musical era, which will be on full display via a forthcoming album.

"When we wrote this song, I had the mountains of North Carolina where I grew up in mind; all the moonshining history there in the Appalachians," recalls Rice. "Then all of a sudden during the recording process, Rob McNelley started playing this crazy carnival sound on the acoustic... and it got Western quick. That turned it from a song I didn't think was even going to make the cut for this next album into one of my favorite songs on the project."

Written by Rice together with Hunter Phelps, John Byron, Blake Pendergrass and Corey Crowder during a writing retreat in Florida that also produced recent release "Key West & Colorado," "Way Down Yonder" is the latest preview of his forthcoming album, painting a vivid picture of hardworking characters living beyond the confines of the law:

Way down yonder where the outlaws wander
You can feel that thunder in your bones
Rippin' hot rod runners under moonlight cover
Just some back glass gunners on the road
Where you buy your bud with your moonshine money
Make your love where the bees make honey
When the cut's where you're born and raised
Man it's in your blood, we were born this way down yonder

The song was recorded along with the rest of the forthcoming project during a two-week period at Rice's farm outside Nashville, with producer Oscar Charles and a live band using makeshift recording environment to capture a pure, raw style unlike any of his previous studio projects.