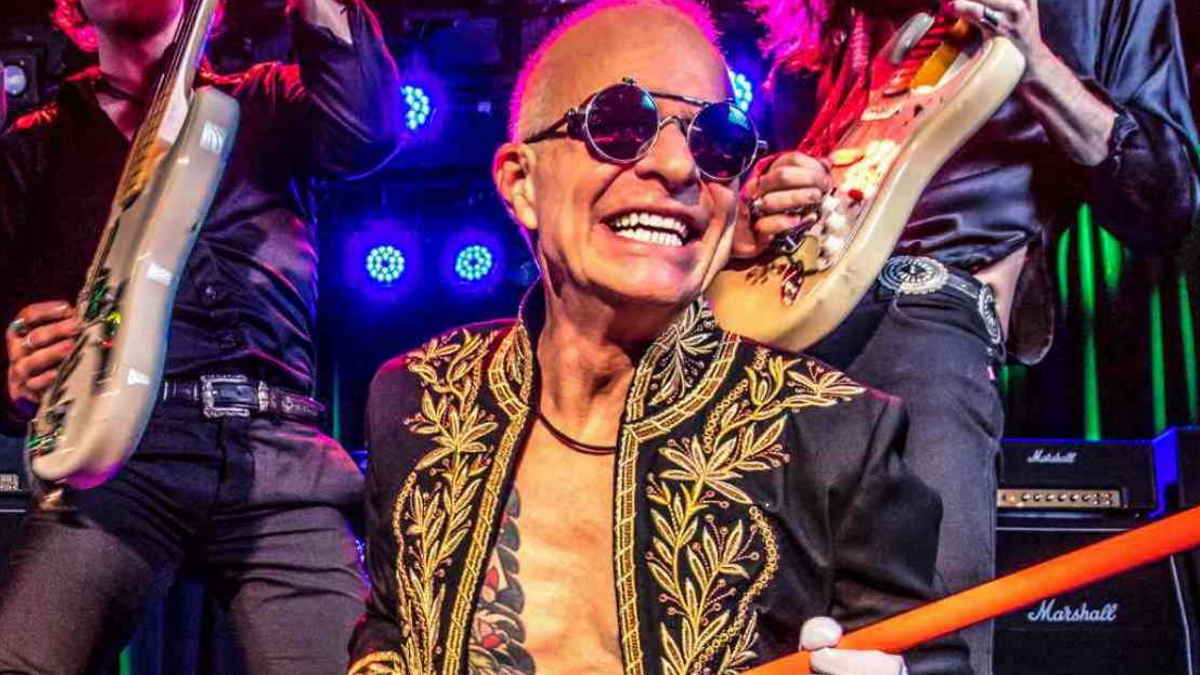 After former Metallica bassist Jason Newsted leaked news of his invitation to participate in the project during an interview with The Palm Beach Post last week, guitarist Joe Satriani told the "Rock Of Nations With Dave Kinchen" podcast that he has been in talks with Roth and Alex Van Halen "for about a year about doing something...a tour, something like that...that was gonna be a true tribute to Eddie and the Van Halen legacy."

As fans and media alike began speculating on how such a tribute would be presented in the wake of Eddie's passing in 2020, Roth outlined his thoughts on some possible lineup considerations in a statement to the Van Halen News Desk.

"IN MY MIND 'VAN HALEN 4K', IN THE AGE OF COVID IS GOING TO REQUIRE TWO OF US FOR EVERY POSITION," shared Roth. "SATRIANI AND LUKATHER, ANTHONY AND NEWSTED, AL OR TOMMY LEE. PROBABLY THE ONLY ONE WHO COULD DO MY JOB TODAY WOULD BE PINK.."
The singer's comments reference a list of players that could include original Van Halen bassist Michael Anthony, Newsted, Satriani, Toto guitarist and Eddie's longtime friend Steve Lukather, Alex Van Halen, Motley Crue drummer Tommy Lee, and singer Pink....while the reference to "in the age of Covid" might imply some mixture of rockers that could perform without cancellations should anyone involved catch Covid while on the road. Read more here.