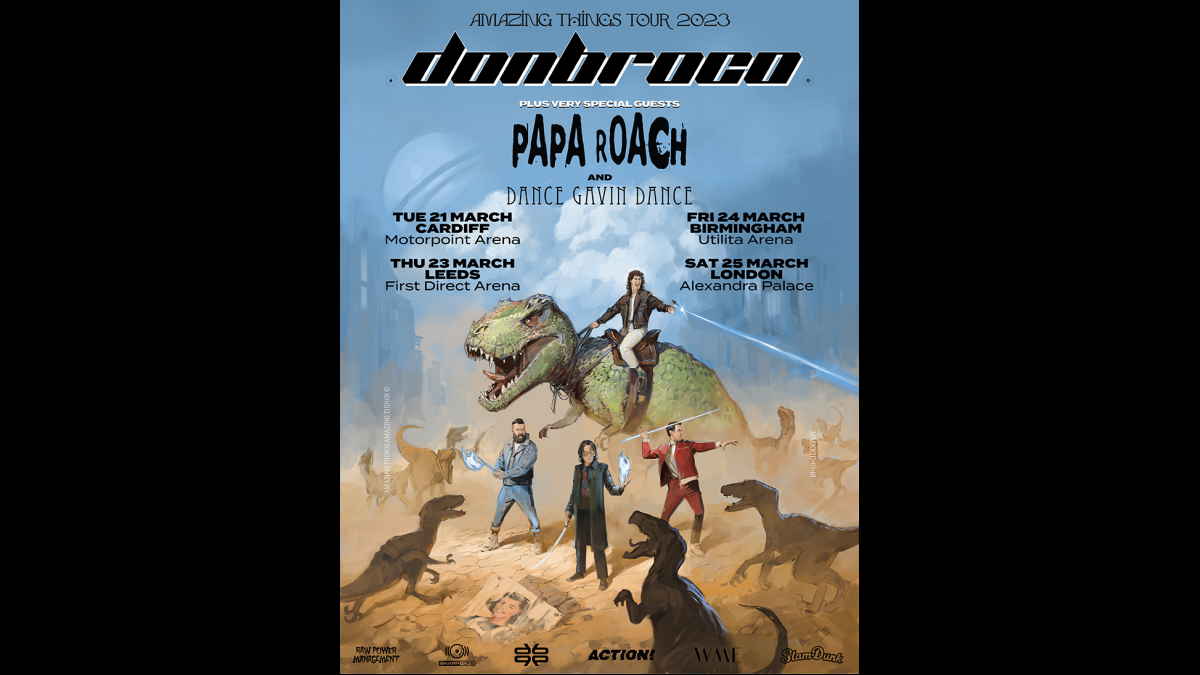 Don Broco have released a music video for their brand new single "Fingernails", and have announced that they will be launching a UK arena tour with support from Papa Roach and Dance Gavin Dance.

According to the announcement, the "incendiary new track takes aim at the violent nature of the world with gargantuan riffs, punchy beatdowns and a huge anthemic chorus and is accompanied by epic animated sci-fi / dinosaur / disaster-movie style music video that Don Broco excel at."

Frontman Rob Damiani had this to say about the upcoming tour that will include four dates next March, "Beyond pumped to announce the Amazing Things arena tour featuring a line up only the sweetest dreams are made of.

"There's no two ways about it, we wouldn't be the band we are today if it wasn't for the legends that are Papa Roach so as you can imagine we're super excited to have the guys out with us as well as our ridiculously talented friends Dance Gavin Dance. See you next year!" See the dates and watch the new video below: