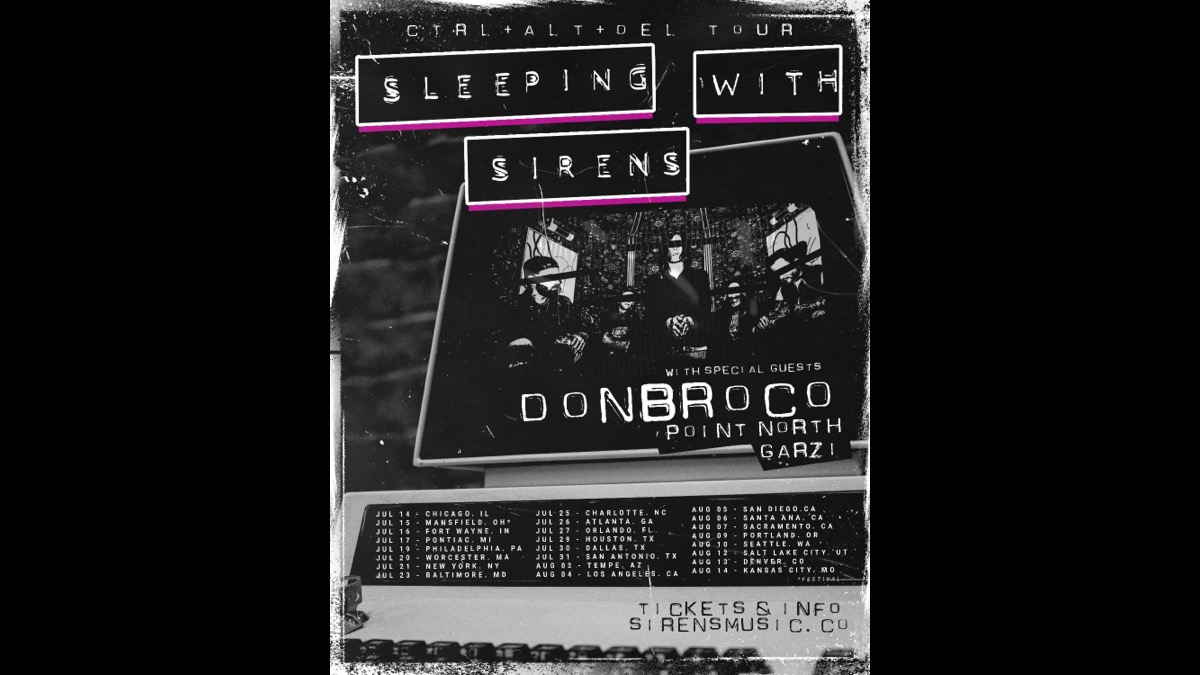 Sleeping With Sirens have announced that they will hitting the road this summer for their Ctrl + Alt + Del Tour that will feature support from Don Broco, Point North, and Garzi as support.

The tour will be launching on July 14th in Chicago, IL at the House of Blues and will run until August 14th where it will be concluding in Kansas City, MO at Truman.

Each stop on the tour will have limited availability of exclusive pre-show Sleeping With Sirens VIP experience packages which include one premium reserved or general admission ticket, an intimate acoustic performance, Q&A, group photo, and exclusive VIP merch.