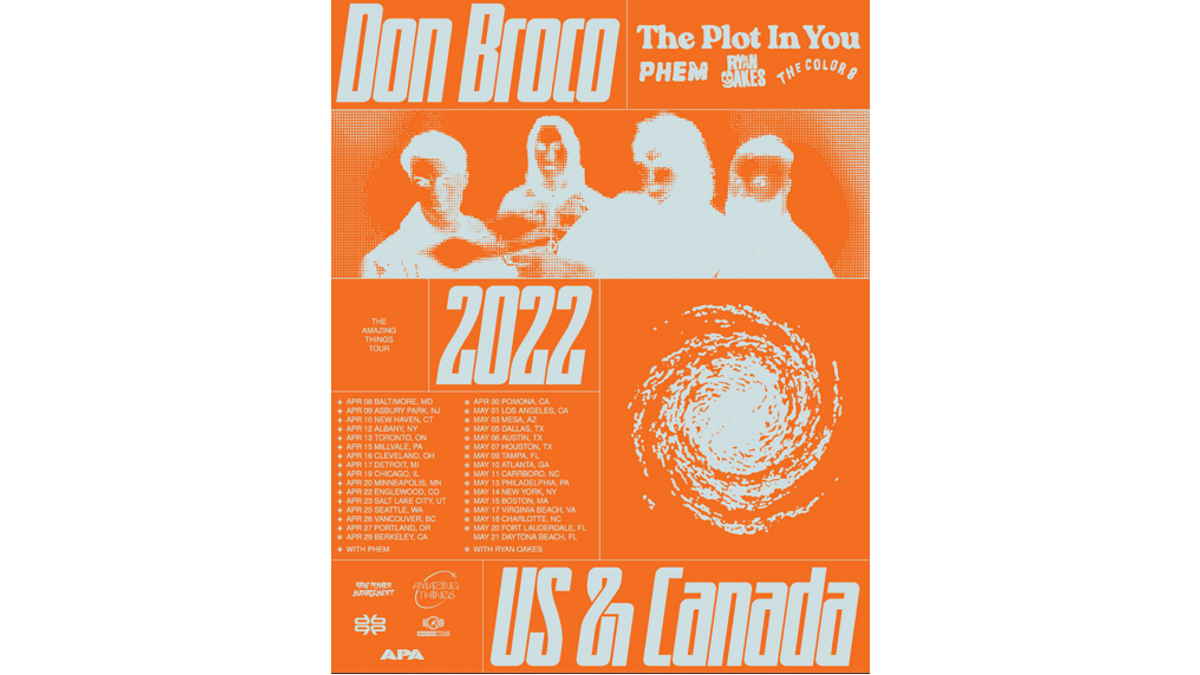 Don Broco have announced that they will be launching a North American tour this spring in support of their UK chart topping album, "Amazing Things."

The tour is set to kick off on April 8th in Baltimore, MD, and will wrap up on May 21st in Daytona Beach, FL with an appearance at this year's Welcome to Rockville festival.

The U.S. and Canada trek will feature support from special guests The Plot In You, The Color 8, as well as Phem from April 8th through 27th, and Ryan Oakes April 29th through May 20th. See the dates below: