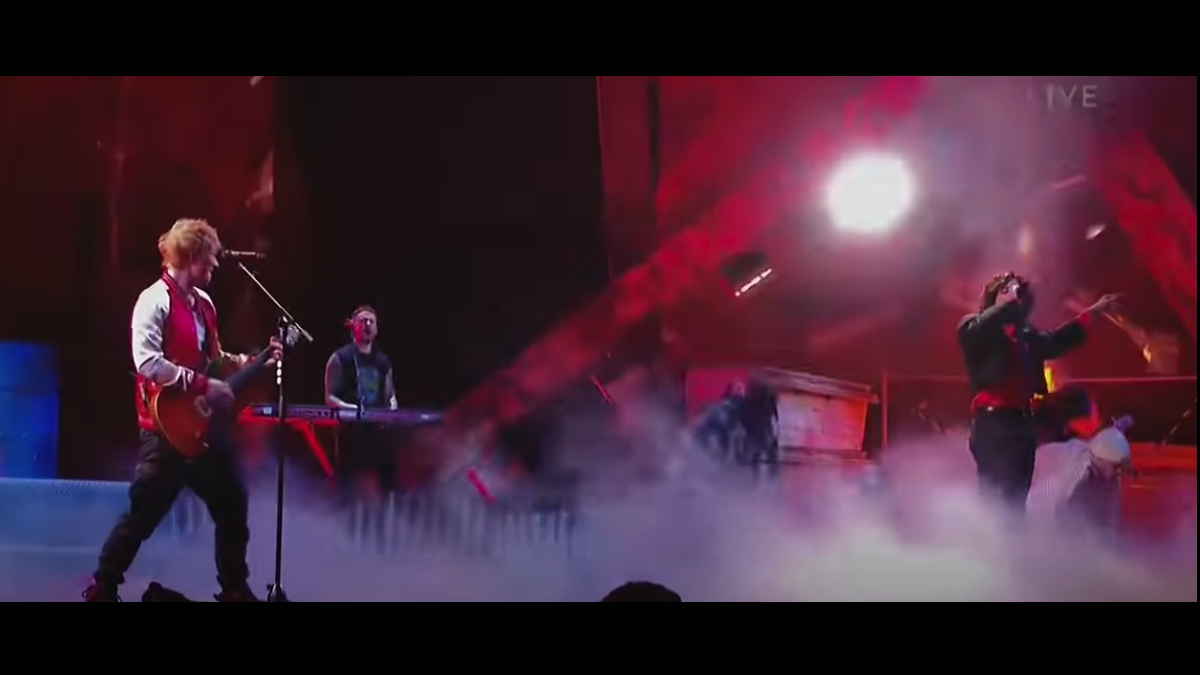 Ed Sheeran and Bring Me The Horizon surprised fans earlier this week at the BRIT Awards when they took the stage together during the event to perform Ed's hit song "Bad Habits", and it appears they may write a song together.

"We're going to write a song together... playing with Bring Me The Horizon was a dream," Sheeran told the Daily Star (via Lambgoat). "I got in touch with Ollie [Sykes] and we were going to write together but then the pandemic happened, so we were in touch - I've been a fan for a long time.

Sheeran also revealed that he is a long time fan of heavy rock. "Oddly enough that's the kind of music I grew up listening to and had a Kerrang subscription and I listened to it constantly."

He said of their collaboration at the BRIT Awards, "I actually said 'Bad Habits' would be a bit of a wet fart if I was just going up there and playing it normally.

"The song is EDM and they've [BMTH] taken it and made it a whole new thing. I was just like, you know what, these guitars are going to be great. It was a week's turnaround - we emailed each other two weeks ago, recorded it a week ago and rehearsed it three days ago." Check out footage of the performance below: