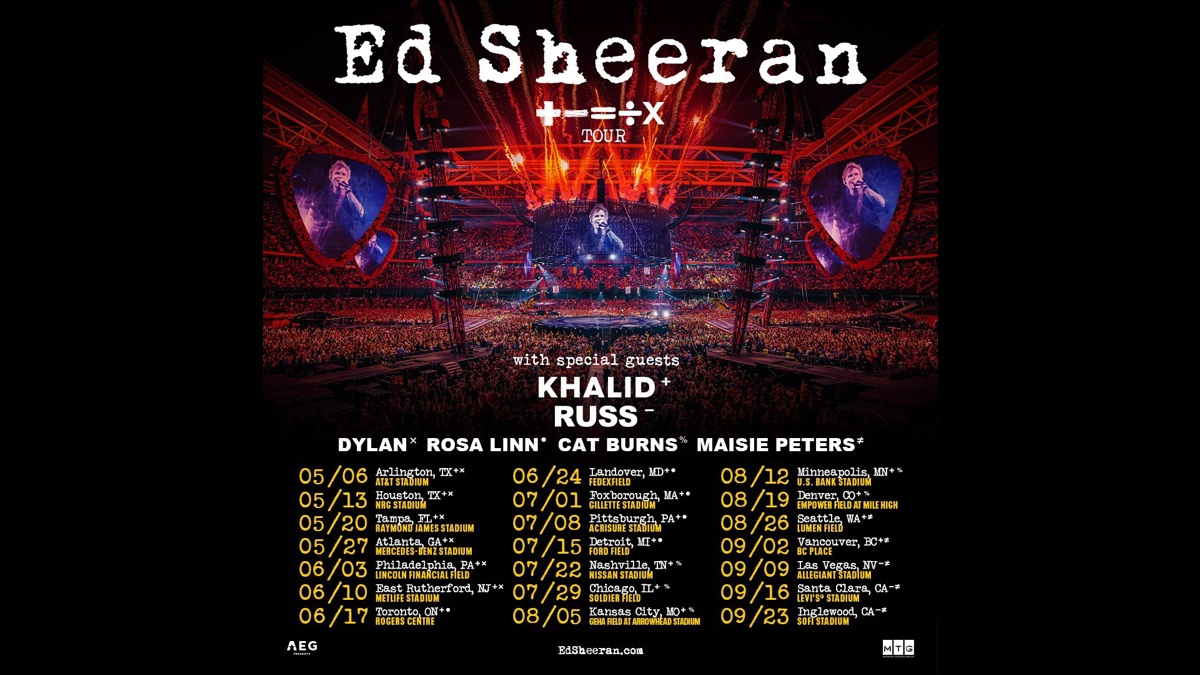 Ed Sheeran has announced that he will be launching a North American stadium leg of his "+ - = ÷ x Tour" ("The Mathematics Tour") next spring.

The tour will be kicking off on May 6th. 2023 at AT&T Stadium in Arlington, TX, and will conclude on September 23rd, 2023 at SoFi Stadium in Inglewood, CA.

Sheeran has recruited Khalid as the main support from May 6th through September 2nd, with Russ taking over from September 9th through 23rd). Additional support will comes from Dylan, Cat Burns, Maisie Peters, and Rosa Linn alternating spots of various dates.

Sheeran recently wrapped the UK/European leg of the "+ - = ÷ x Tour," performing in front of over 3 million people in 6 months and highlighted by a five-night stand at London's Wembley Stadium.

Ed will be celebrating the tour announcement with two television appearances this month, first on CBS' "The Late Show with Stephen Colbert" on October 13th, followed by ABC's "Good Morning America" on October 14th.