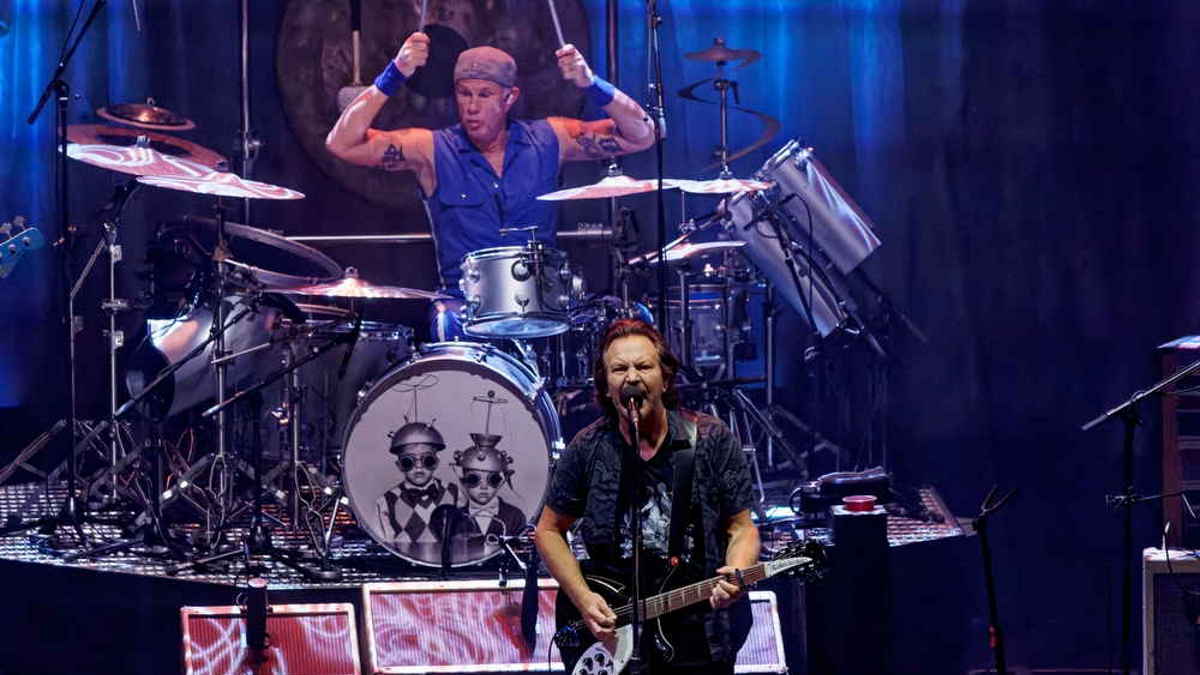 (hennemusic) Eddie Vedder was joined by Heartbreakers keyboardist Benmont Tench for a pair of Tom Petty classics during his February 25 show at the YouTube Theater in Los Angeles, CA.

On the road in support of his new album, "Earthling", the Pearl Jam rocker welcomed Tench to the stage - according to setlist.fm - for a version of Petty's 1996 "Echo" track, "Room At The Top", and later, the 1981 smash, "The Waiting."

The keyboardist was also on board for "Long Way" - the 2022 album's lead single which features Tench, as well as Pearl Jam's "Better Man", and covers of Marvin Gaye's "Baby Don't You Do It" and George Harrison's "Isn't It A Pity."

The Los Angeles event was one of two shows that Vedder rescheduled about 10 days after their original dates due to a COVID-19 outbreak in his touring party; the month-long series wrapped up in San Diego, CA on February 27. Watch fan filmed video of the jams of both Tom Petty songs here.