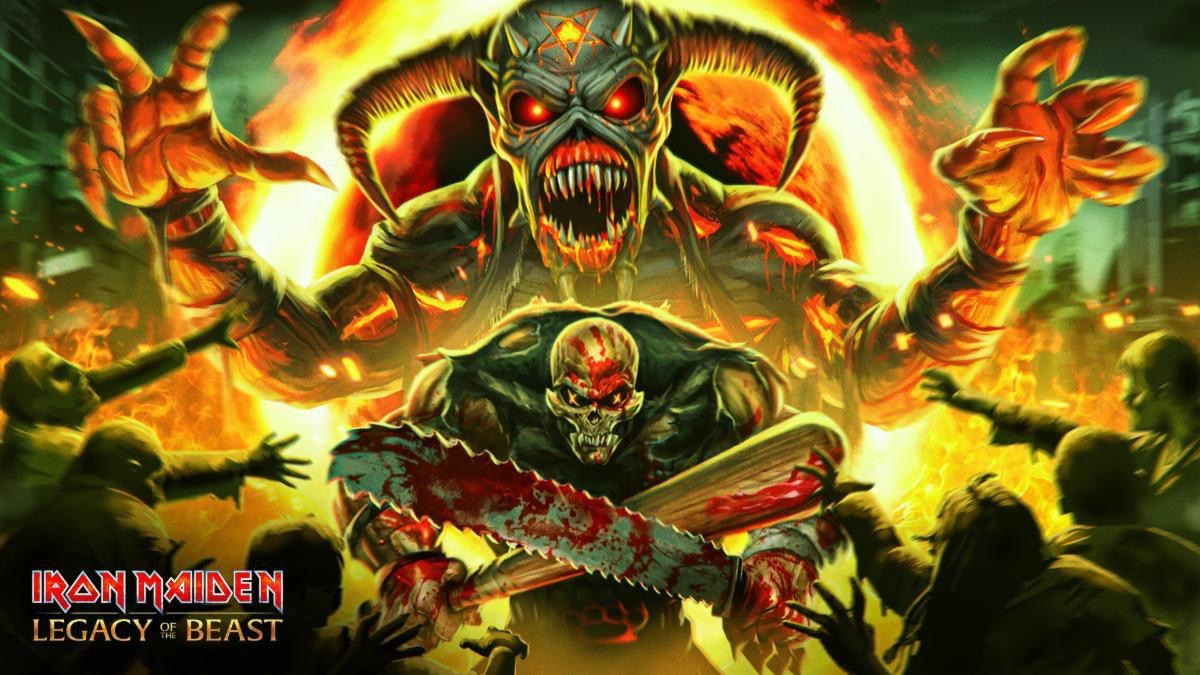 (Better Noise) Five Finger Death Punch have announced that they have teamed up with Iron Maiden with a major in-game collaboration for the legendary metal band's Legacy of the Beast free-to-play mobile game.

We were sent the following details: This exciting collaboration is a dungeon event called 'Afterlife' inspired by Five Finger Death Punch's forthcoming ninth studio album (out 8/19) & Knucklehead, 5FDP's iconic mascot featured on many of their album covers.

The week-long event will take fans and players on a journey with Magma Beast Eddie and Knucklehead, a fierce warrior and a brutally efficient combatant who also guards the gate to Purgatory. As civil war wages in Hell, demons and devil-kin pour out to take advantage of the chaos. The gate to Purgatory, the most exposed entrance to Hell, is overrun. Even a powerful warrior such as Knucklehead has his limits, and as the demons escape through the gate, a mysterious new individual makes his presence known, offering assistance - but at what cost?

When asked about Knucklehead and Magma Beast Eddie teaming up in Iron Maiden's Legacy of the Beast game, Zoltan Bathory, founder and guitarist for Five Finger Death Punch said, "You know, it's an unexpected and impossible dream for me and my band that my childhood heroes - in this moment in life - are being let into the beautiful landscape of the game," Zoltan continued by exclaiming, "to me Iron Maiden was the band that got me into heavy metal and slung me onto the path of my musical journey. Iron Maiden created a metal community when we were growing up - it was a brotherhood, and with this game, they're doing it again because they're bringing together all of these bands, and their mascots and it has this feeling of community. To me, that was very important about what got me interested in the genre in the first place."

Will Moore, CEO Navigator Games added, "For over a year we have wanted to collaborate with Five Finger Death Punch and create Knucklehead as a playable character in the game. Knucklehead is one of the fiercest metal mascots and the perfect accomplice to join Eddie in battle against the hordes of demons as they try to escape Hell. We had an awesome time working with Zoltan on the Afterlife Dungeon concept and are excited to finally be able to invite fans to experience it."