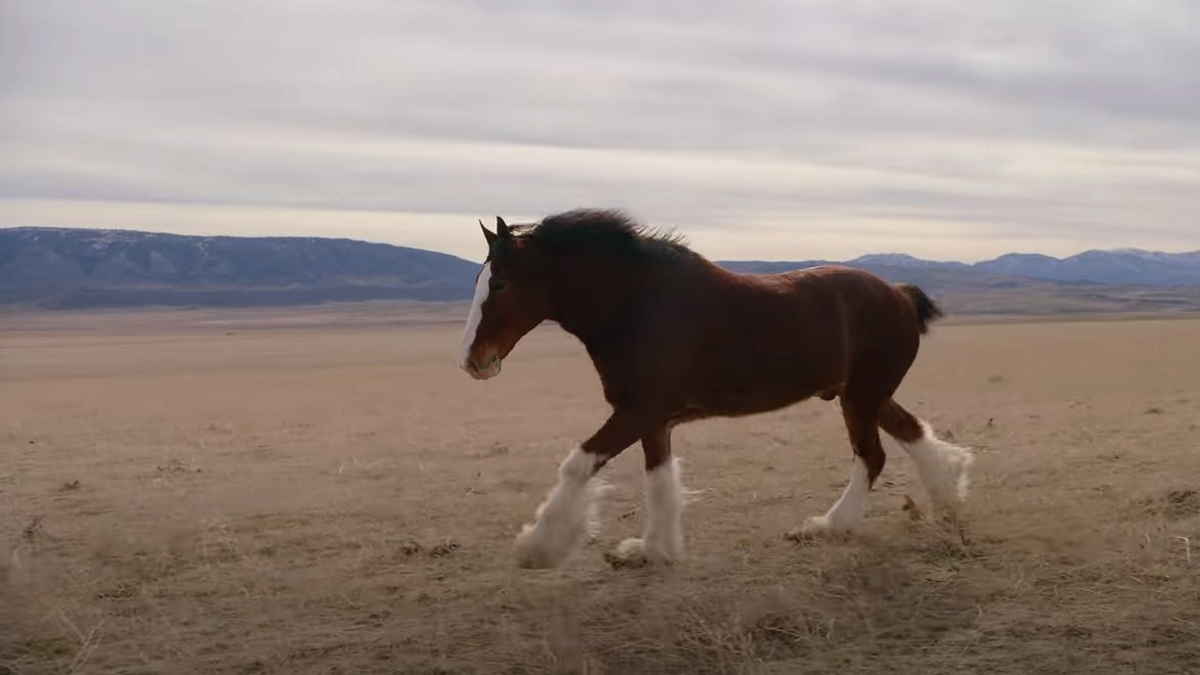 Still from the commercial

Budweiser have shared an extended version of their upcoming Super Bowl LVI commercial that features the music of Gary Clark Jr. and was directed by Chloe Zhao.

The ad, entitled "A Clydesdale's Journey", is set to Clark's version of the National Anthem and his original song, "Numb," sees a Budweiser Clydesdale running across a high mountain plain as Gary's haunting slide guitar sets the tone.

Zhao had this to say, "To tell a story of perseverance, hope and friendship through the lens of the beloved Clydesdales really resonated with me." Watch the extended 60 second version below and look for the 30 second ad during the big game.