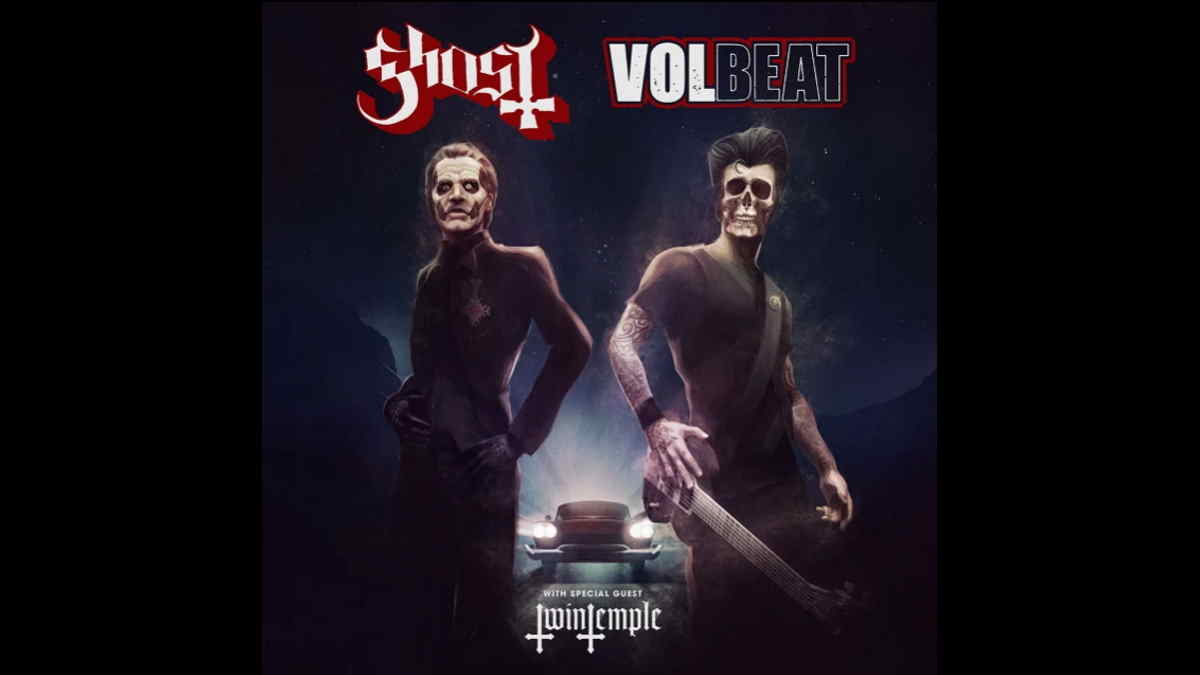 Ghost will be warming up for their upcoming North American tour with Volbeat by appearing as the musical guest on this Thursday's episode of Jimmy Kimmel Live!

The episode will air this Thursday, January 20th at 11:35 PM EST on ABC and the band will be launching their coheadlining tour with Volbeat next Tuesday, January 25th in Reno, NV at the Reno Events Center.

As we recently reported, both band have announced a special limited edition double A-side vinyl release featuring their covers of Metallica Black Album classics to celebrate their upcoming coheadlining tour.

The 7" pressed on crystal clear vinyl and limited to only 3,000 units with 115 copies available at each tour stop and feature each band's contribution to the special Metallica Blacklist charity album.

That album was released along with the anniversary reissue of Metallica's blockbuster "Black Album" and featured a number of notable artists covering the album's tracks.

Ghost covered of "Enter Sandman" and Volbeat took on "Don't Tread On Me", and both tracks will be included on the special charity vinyl sold during their tour with proceeds split evenly between The All Within My Hands Foundation and the charities of the artists' choice: Camp Aranu'tiq (Ghost) and Borne Cancer Fonden (Volbeat).

The tour will feature support from Twin Temple. See the dates below: