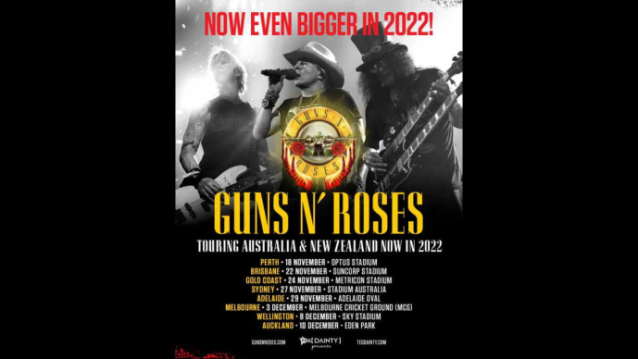 (hennemusic) A Guns N' Roses fan claims she was hit in the face by Axl Rose's microphone during the finale of the band's concert at the Adelaide Oval on November 29.

The Adelaide Advertiser reports concert-goer Rebecca Howe was left with two black eyes and a bust-up nose in the alleged incident, which happened when Rose threw his microphone into the crowd as the band was wrapping up their show.

"I was in Diamond Standing, so it wasn't even right at the front, and it was the very last song, Take Me Down To Paradise City," said Howe. "He took a bow and then he launched the microphone out to the crowd ... and then bang, right on the bridge of my nose."

While the microphone was caught by another attendee, Howe was left hyperventilating and in a state of shock. "My mind went, 'Oh my God, my face is caved in," she said.

View photos of the alleged injury and watch video from the concert here.