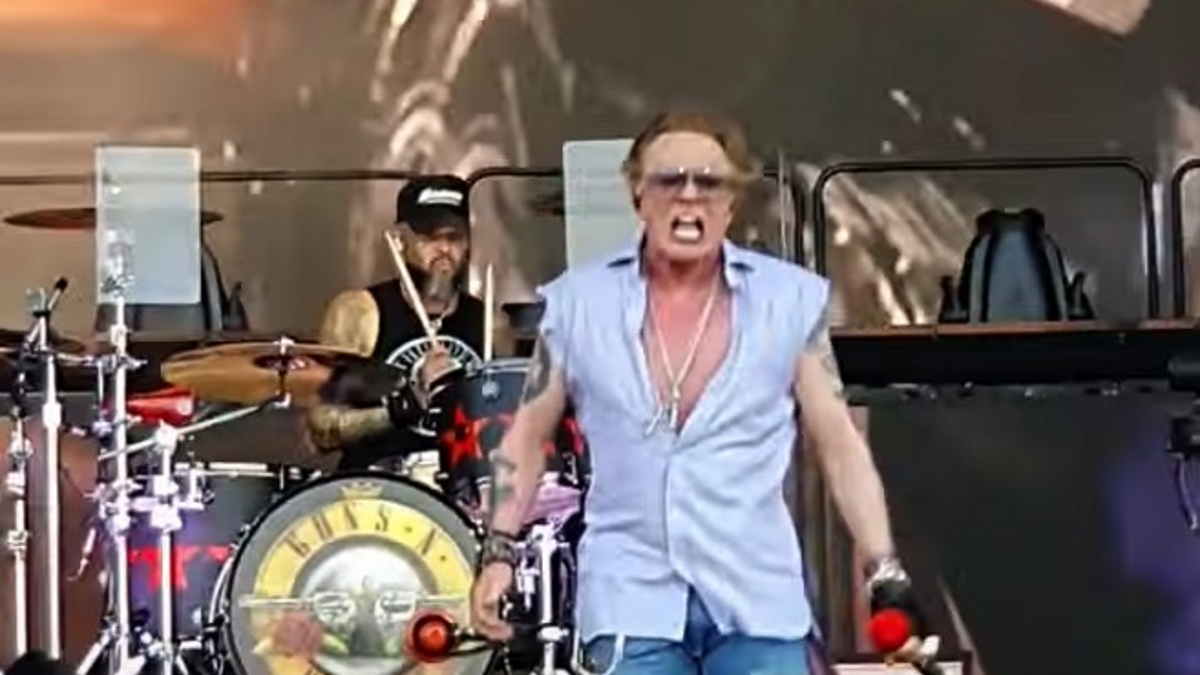 (hennemusic) Guns N' Roses performed the "Chinese Democracy" rarity, "Street Of Dreams", during a June 18 show in Prague, Czech Republic, and video of the performance has been shared online.

The song's appearance in the set marked the first time the band delivered the tune in 10 years, as well as the first time with a lineup that included Slash, Duff McKagan and keyboardist Melissa Reese, according to setlist.fm.

Axl Rose recorded material for "Chinese Democracy" with a rotating cast of musicians for over a decade before its release in 2008; the project has the reputation of being the most expensive rock album in history, with reports suggesting it cost more than $13 million to complete.

The record debuted at No. 3 on the US Billboard 200, after which it went on to sell a million copies in the region and an estimated 2.6 million worldwide. Watch video of the rare performance here.