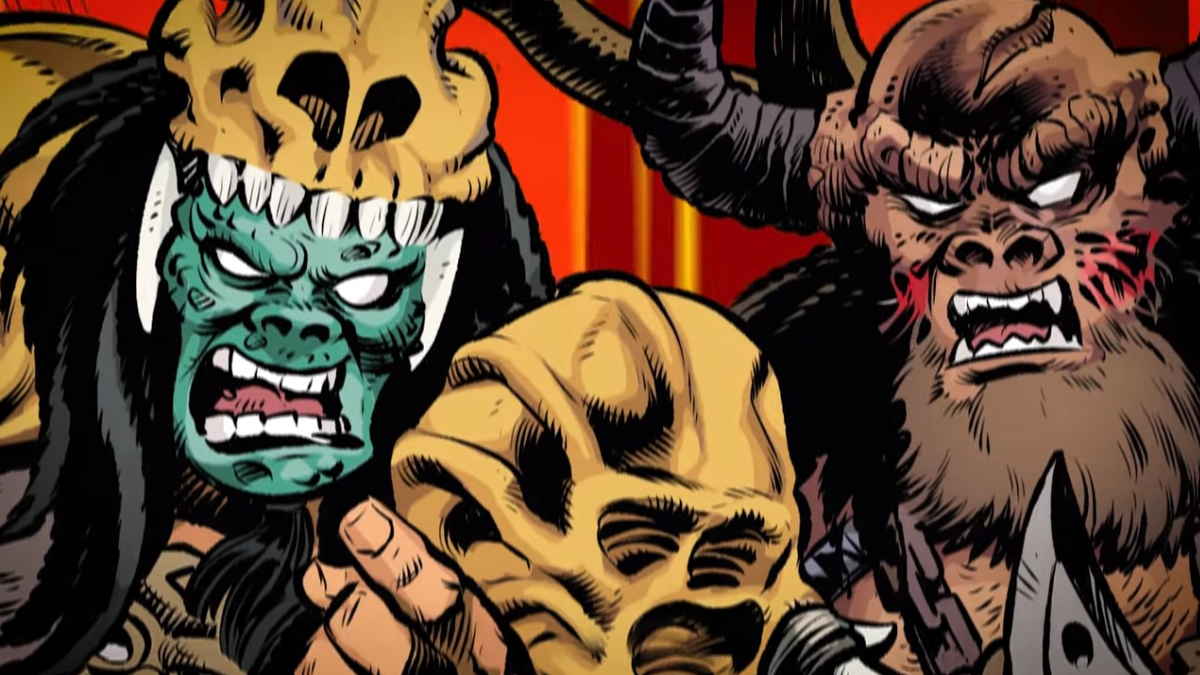 Gwar have shared a visualizer video for their new single "Berserker Mode". The song comes from the band's forthcoming album, "The New Dark Ages," which will arrive on June 3rd.

The "Berserker Mode" visualizer also features the first animated art cells from the band's forthcoming graphic novel "GWAR In the Duoverse of Absurdity."

Blothar had this to say about the song, "This is my origin story, about transforming into a drug-jacked unpredictable liability on the battlefield. But like me, it has a softer side, a tale of the struggle of becoming my authentic self...a sexy, multi-donged, vajazzzled, Viking cow beast known as...The Berserker Blothar!!"

Here is the album synopsis: "'The New Dark Ages' chronicles GWAR's adventures in the Duoverse, where the band rediscovers old powers such as Blothar's terrifying Berserker Mode, and encounter new allies, such as the murderous maven known as The Cutter.

"Along the way, they battle the living monuments of a lost cause and armies of undead soldiers who Rise Again to fight a New Civil War." Watch the visualizer below: