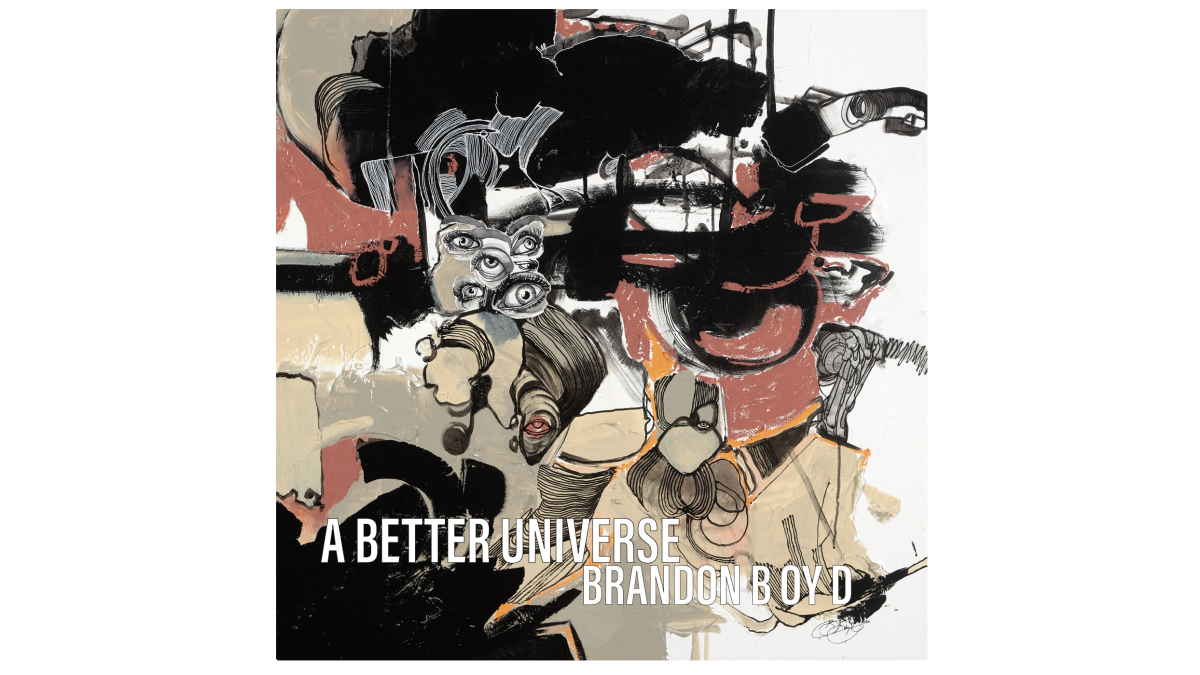 Incubus frontman Brandon Boyd has released a music video for his new single "A Better Universe", which comes from his forthcoming solo album, "Echoes And Cocoons".

Brandon had this to say about the song, "I suppose I have understood for much of my life that it's through communication and cooperation that we can potentially arrive at a place that is clearer than where we came from. Being in a band for 30 years now has shown me, for better or for worse, so much about what it is to be in a 'chosen' family dynamic. We have our moments of celebration, where we clink glasses, cheer and embrace around shared accomplishments. Then we do our very best to lean into one another around the inevitable moments when things don't go according to plan and we are asked to test our capacities for adaptation. This part is more the rule than it is the exception, and if a family dynamic doesn't learn how to adapt around swiftly changing landscapes they'll be lost in the woods and destined to malfunction and ultimately fade into obscurity. The moments between the peaks and the valleys are of equal importance and I've learned over the decades that these areas of stasis are just as crucial to familiarize oneself with.

"Did you ever encounter someone so far gone in their malignant narcissism and self aggrandizing, self assured egomania that all you could do was take a deep breath and walk away? Of course you have, you see a potential 'them' in the mirror each day... Have you ever wished that that 'someone' would die? Would that even solve the problem? For if they found an audience so eager and ready to glutton themselves on the message, could it not be argued that there will be yet another wolf in wolf's clothing waiting in the wings to rush in and fill that void? I found myself in the teeth of this dilemma recently and I struggled with the ethical problem that was clinging to its heels. Then, shortly after locking horns with this philosophical bull, I met the person whom I'd come to this unfortunate impasse with in a dream...

"I met you in a dream
and in the dream you died,
I slow danced on your grave
and I got all teary eyed.
I woke up with a smile,
wiped the tears away,
I wished that it were real.
So it goes, so I'll say, I'm sorry but
it's a better universe without you in it.
Did you read the book or did you just see the movie?
Every breath you take is just a waste of air.

"Do I wish ill upon my fomenter? I do not. I can say that with confidence. But what if they met an untimely demise in a liminal, imaginary space? Say, for instance, in a detailed dream, a house carried by some spinning storm from the Great Plains fell upon my striped socked tormentor, crushing the breath out of them forever...what then? Then, inside the relatively safe confines of said dream-scape, I'd weep a single tear from each eye, mourning the unfortunate feeling of cosmic gratitude and my internal glee at said tornado's impeccable aim. I'd wipe the tears away and dance a slow but celebratory jig on the place where this imaginary beast was buried...all to the sounds of a song entitled 'A Better Universe'." Watch the lyric video below: