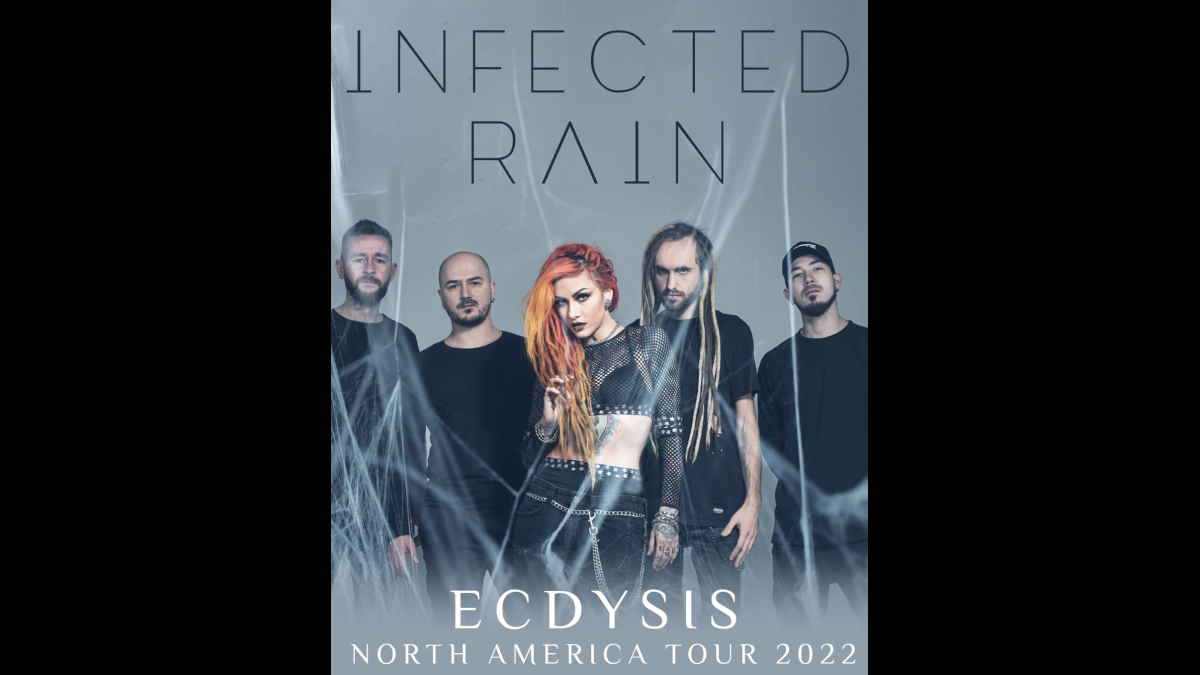 Infected Rain have announced that they will be launching a North American tour this spring in support of their recently released new album, "Ecdysis."

The tour is scheduled to kick off on May 10th in Los Angeles, CA at 1720 and crisscross the continent before wrapping up on June 9th in San Diego, Ca at Brick by Brick.

Frontwoman Lena Scissorhands had this to say, "We are coming back! After receiving so much love from you during our first American tour, we just had to come back again. This time presenting Ecdysis and visiting some places we couldn't visit before."

Oceans And Lena Scissorhands Deal With Schizophrenia With 'Voices'