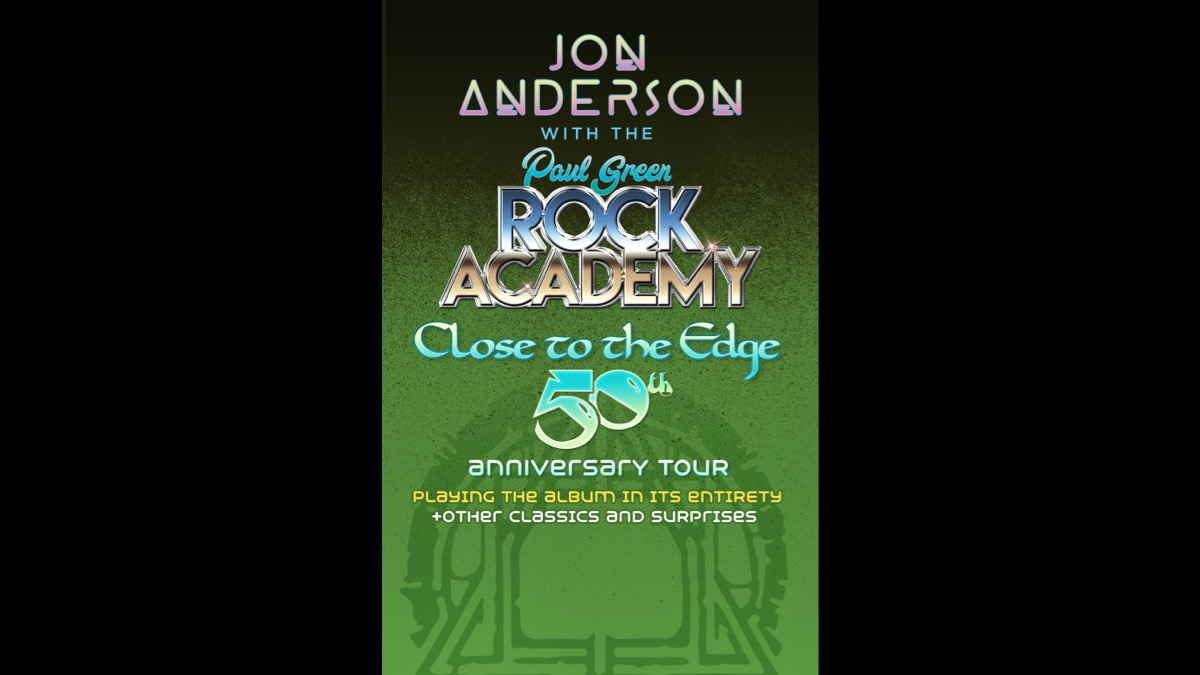 (hennemusic) Legendary Yes vocalist/songwriter Jon Anderson will be performing his former band's 1972 album classic, "Close To The Edge", on a summer US tour with The Paul Green Rock Academy .

Jon and the ensemble will be celebrating the 50th Anniversary of the project by performing the album in its entirety, along with other classics and surprises.

The 2022 tour is a resumption of the tradition started in 2005 when Jon toured with Paul Green's original School of Rock all stars.

These early shows, over 30 in total between 2006-2008, were nothing short of magical, and now Anderson returns to continue that magic with a set of Yes Classics, deep cuts, mash ups, and solo works, all with lush arrangements featuring choral singing, horns, and all the other benefits of having a backing band with 25 young musicians.

"Having done a few of these songs in the past with Jon and my students, I couldn't wait to add them to the current show," says Green. "Once we did 'Close to the Edge' and 'And You and I' on our Florida run in April, I was reminded of the magic of hearing these songs recreated by young musicians...They really capture the frenetic energy of the original recordings. Then when I heard it was the 50th anniversary of the album I just knew we had to do the whole thing. Jon agreed."

"There are so many wonderful moments in my musical life, and being on stage with these young teenagers performing classic Yes songs makes me so happy and proud," says Anderson. "It's a marvel and a tremendous pleasure for me. They are a joy to be with and so much fun. I am grateful, thankful and feel very blessed to be able to sing along with them. Janee and I love them all. Love and light."