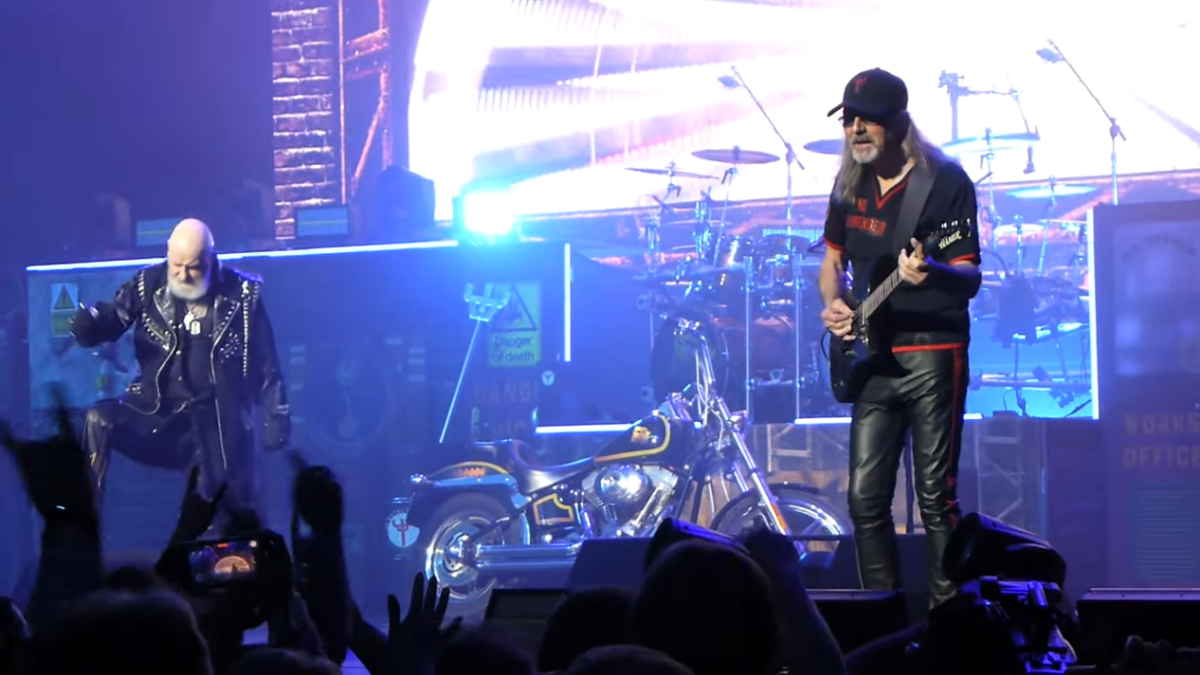 (hennemusic) Judas Priest cancelled their scheduled April 4 concert at Tsongas Center at UMass Lowell in Lowell, Massachusetts due to a non-COVID-19-related illness.

"We hope to be able to make this show up in the near future," says the band. "Refunds will be available at point of purchase." Guitarist Richie Faulkner has revealed that the cancellation was a result of singer Rob Halford picking up a cold on the road.

"We're resting up," Faulkner tells East Coast Live during an April 5 interview ahead of the band's next appearance, an April 7 gig in Halifax, NS. "Yesterday, we had to, unfortunately, cancel the show. And the reason for that is so that we can preserve our health and get better. Rob's got a bit of a cold. So we can preserve our health, get back on track and do the rest of the shows in Canada. Yeah, that's what we're aiming to do.

"Obviously, these guys have been doing it for 50 years; I've been doing it for a few years with them. Even if you don't tour as a musician, we all get sick from time to time. It's gonna happen. When you're on the road, it's a rigorous schedule. And even pre-COVID, now post-COVID, so to speak, you're gonna catch bugs and stuff like that; it's just part of the life we lead.

"And obviously being a singer," he continued, "if it was me or [bassist] Ian [Hill] or [drummer] Scott [Travis] or [guitarist] Andy [Sneap], I think we could maybe just hammer through it, but obviously when your instrument's your voice, it's a bit harder to do. So he's resting up, he's resting his voice, he's on some meds, and he's gonna get through it." Watch the interview video and read more here.