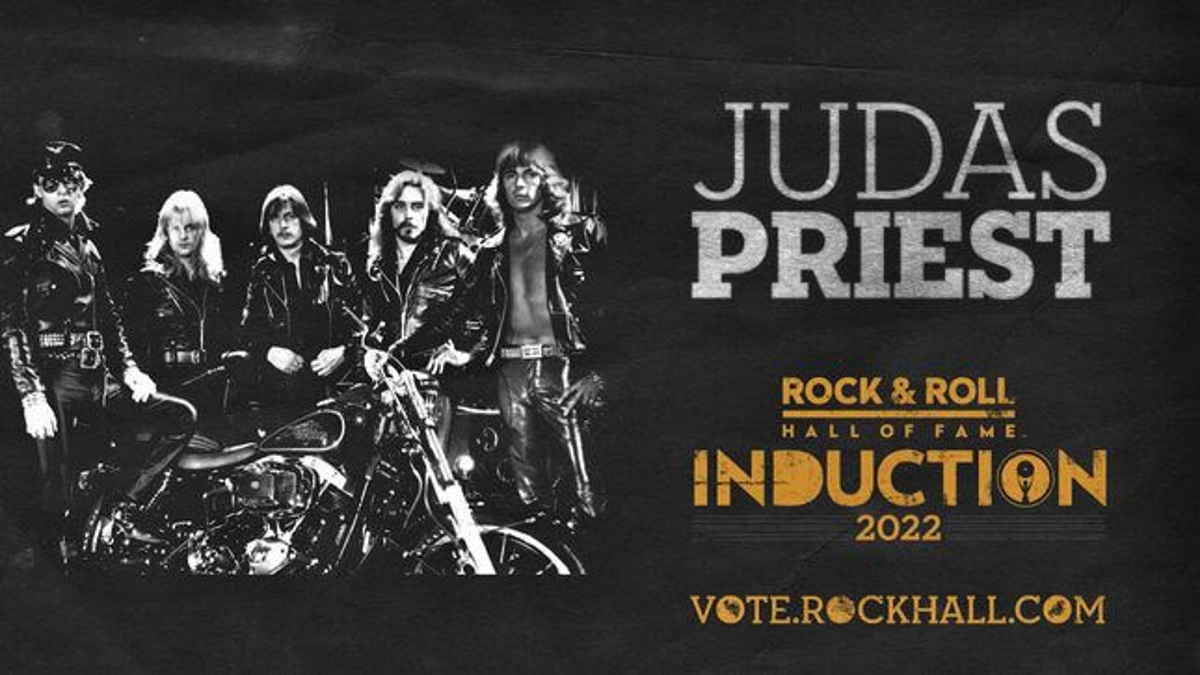 This week, the group were named among the finalists under consideration for the 2022 Rock Hall induction, alongside Devo, MC5, The New York Dolls and Rage Against The Machine, among others.

"As Judas Priest continues to celebrate our ongoing 50th Anniversary, we are absolutely thrilled and stoked and amped to be nominated for the 2022 Rock And Roll Hall Of Fame," says Halford in a new video. "And so, we know you - our beautiful heavy metal maniacs from all around the world - will dominate the daily voting that goes on from now until April 29th, and get some more heavy metal into the hallowed halls of fame."

Fans can participate in the daily voting for the 2022 induction; the top five artists, as selected by the public, will comprise a "fans' ballot" that will be tallied along with the other ballots to select the 2022 Inductees.

To be eligible for the Rock Hall, an individual artist or band must have released its first single or album at least 25 years prior to the year of nomination; Judas Priest have been eligible for entry since 2000. Watch the video here.