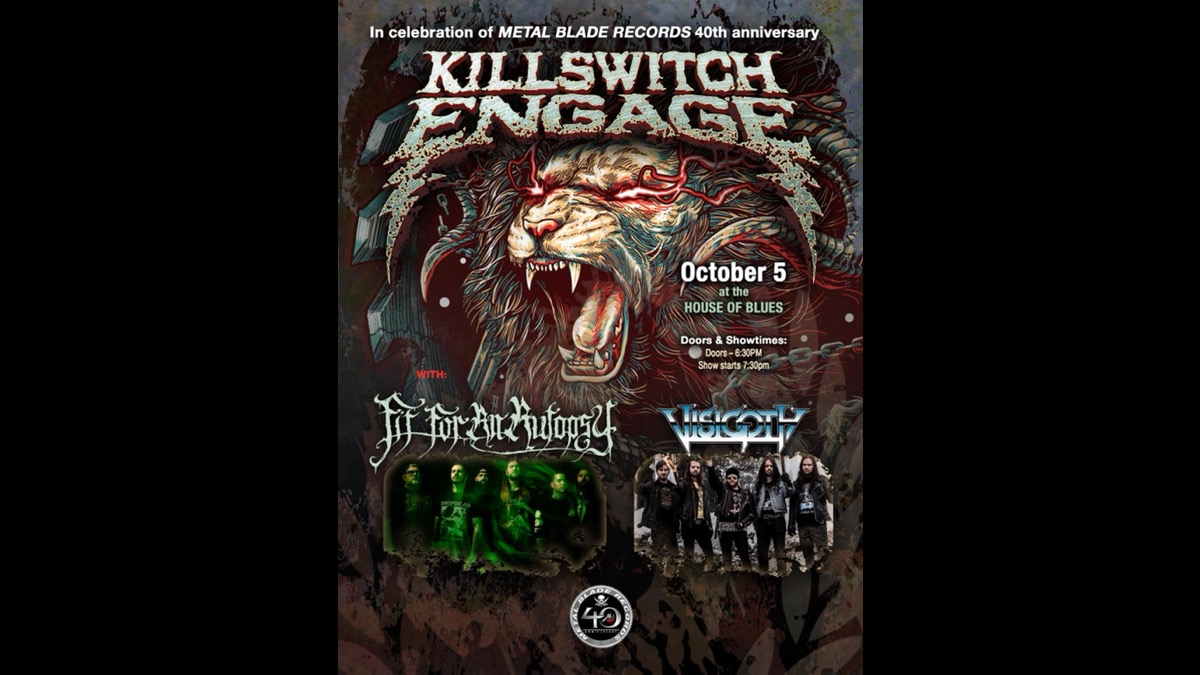 Killswitch Engage have announced that they will headline the third and final Metal Blade Records 40th Anniversary concert at the House of Blues in Las Vegas, NV.

The special show will take place on Wednesday, October 5 and will feature support from Fit for an Autopsy and Visigoth. Tickets will be on sale Friday, July 22 at 10am local time and Live Nation's Presale will be available to fans Wednesday, July 20 at 10am PT thru Thursday, July 21 at 10pm PT.

Frontman Jesse Leach had this to say, "I can't imagine where music or my journey as a musician would be with out Metal Blade Records. I can speak for the band when I say we are stoked and absolutely honored to be apart of the 40th anniversary celebration!

"Killer line up and a legendary milestone for Metal music around the world! Massive respect and love to Brian Slagel for all he has done for music and for Killswitch!"

Label founder Brian Slagel added, "We are super happy to be celebrating our 40th year with our friends in Killswitch Engage, Fit For an Autopsy and Visigoth! I hope you can all come celebrate with us!!!"