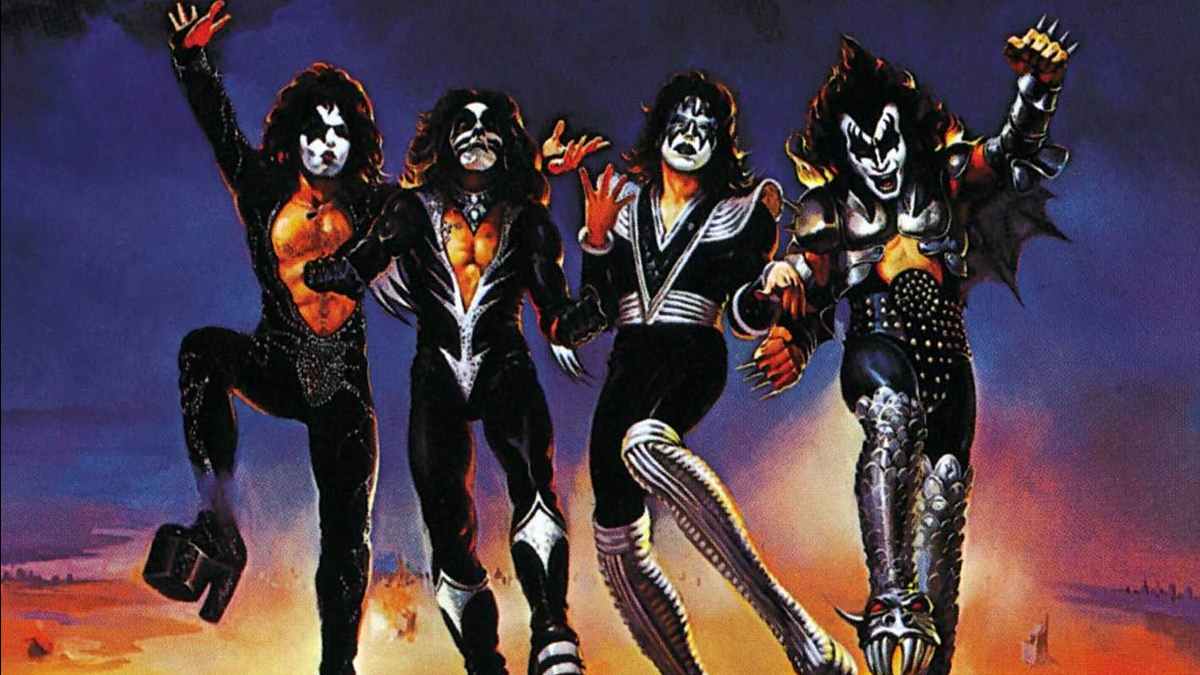 The REELZ television network have announced that KISS stars Gene Simmons and Paul Stanley, Jon Bon Jovi and Alice Cooper will be profiled in new episodes of Frontman next month.

Jon Bon Jovi: For almost 40 years Jon Bon Jovi has fronted one of the world's biggest rock bands. With power ballads including "Livin' On A Prayer" and "It's My Life" Bon Jovi album sales topped 130 million. Jon Bon Jovi is equally successful as a solo artist and Hollywood actor. Despite mountains of money, global fame and certified rock legend status that often leads to the clichés of drug addictions and bad headlines Jon Bon Jovi took a different route as a laser focused and a highly successful businessman. Frontmen explores the story of the star who avoided the trappings of fame and what led to his disciplined approach to being one of the most successful frontmen of all time. It was also this determined mindset and unwavering dedication to a vision that nearly destroyed what he loved most. Sharing their stories of knowing and working with Jon Bon Jovi are Mercury Records executive Derek Shulman, childhood friend and bandmate Wil Hercek and friend Lonn Friend among others.

Gene Simmons and Paul Stanley: A band is almost always defined by its frontman and normally there is only one of them because of the ego, talent and chemistry that define the role. But KISS has always been different. They have two frontmen in Gene Simmons and Paul Stanley who somehow shared the stage and gave fans a spectacle like no other with fire bombs, smoking guitars and spitting blood all part of their famed act. Both their backgrounds were scarred by childhood trauma and together they created alter egos named the Starchild and the Demon, masked characters that would take on the world. But hiding behind their personas was a recipe for disaster and their soaring ride to the top would face a mighty challenge when sales plummeted leaving Simmons and Stanley to take drastic measures to keep the music playing. This is the story of how two of the most legendary frontmen managed to share a vision and a stage forming a band that became one of the best-selling rock acts of all time with insight from those close to them including former KISS manager Larry Mazer and Stanley's childhood friend Binky Philips.

Alice Cooper: Famous for hits including "I'm Eighteen", "Poison" and the game changing anthem "School's Out" frontman Alice Cooper shocked and scandalized his way to stardom. He started life as Vince Furnier, an all-American son of a pastor, but rose to fame in the early 70s as his hell raising onstage alter ego Alice Cooper adopting and crafting a role as a rock music villain. His bloody stage antics and outrageous persona made him beloved by kids and hated by parents. But behind the scenes the demonic character of Alice Cooper would ultimately consume him as Vince Furnier began to confuse the two characters blurring the lines in dangerous fashion hitting rock bottom when he used so many drugs that his eyes bled and his wife threatened to divorce him. Even after he emerged from the experience sober it wasn't long before the demons of the Alice Cooper character return and threaten to end it all. This is the extraordinary story of the man who would become the godfather of shock rock with personal stories from college friend Linda Thompson Smith, fellow rockers Doro Pesch and Dee Snider along with Alice Cooper guitarist Ryan Roxie.