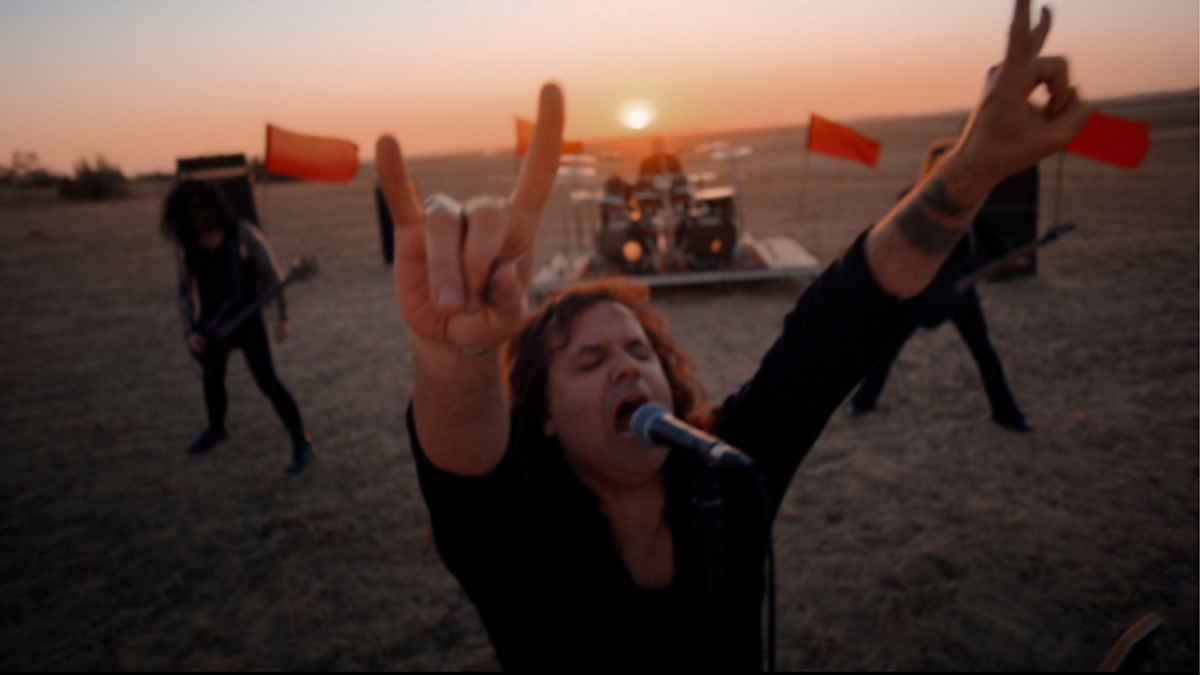 Kreator have released a music video for their new track "Midnight Sun." The song is the third single from their forthcoming album, "Hate Uber Alles," which will arrive on June 10th.

Mille Petrozza had this to say, "Midnight Sun is something a little new for us, our first time collaborating with a female artist. When I was writing the song, I could hear this Oracle type voice over the pre-chorus and chorus and I immediately reached out to my talented friend, Sofia Portanet who is an emerging artist, here in Germany. Sofia added exactly what I was looking for and gives the song a really dark, ethereal vibe.

"The video is the second production we shot with Tom Schlagkamp and his team. The concept was drawn up from the song's lyrics which I envisaged to take place during a ritual sacrifice. Director, Tom came back with an idea loosely based on Ari Aster's 'Midsommar' which has powerful visuals, perfect for a killer metal music video!" Watch the video below: