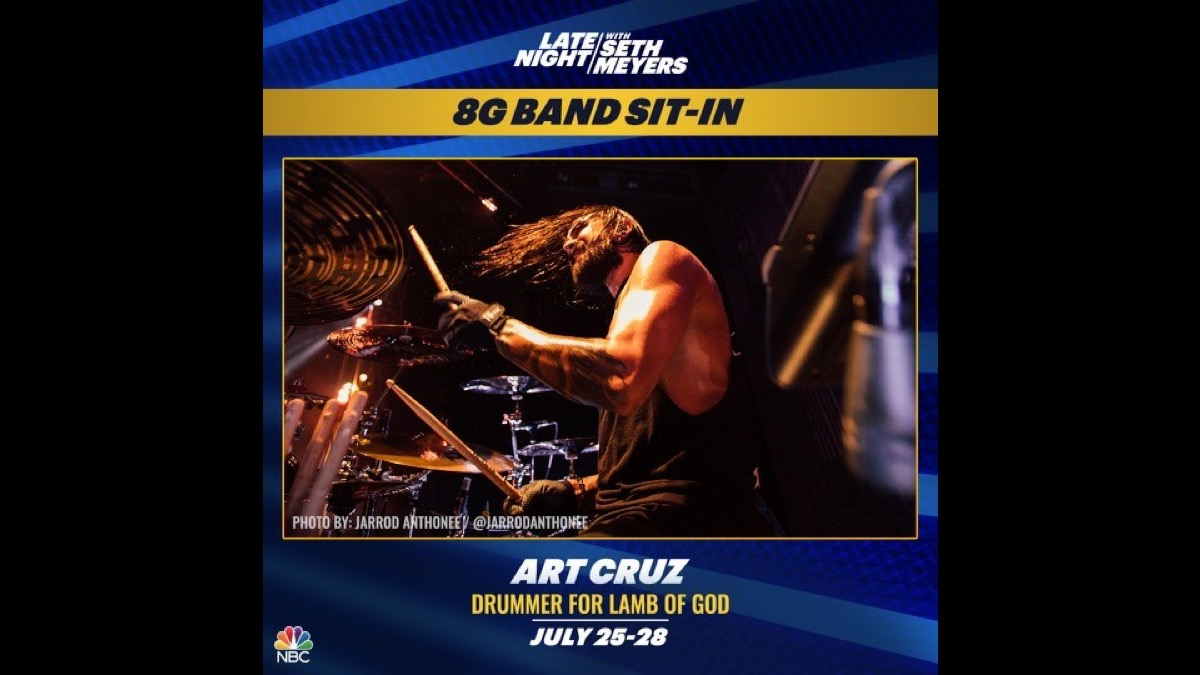 (Adrenaline) Lamb of God drummer Art Cruz has announced that he will fill the drum seat with the 8G Band July 25 to 28 on Late Night with Seth Meyers on the NBC Network.

Art Cruz, exclaims "Mind blown" when presented with the opportunity to join the ranks of the legendary roster of 8G Band's guest drummers. Art Cruz adds, "Thankful for the opportunity."

Fellow drummer, Eric Leiderman, Producer of Late Night with Seth Meyers, shares "Always love to have a metal drummer sitting in with the 8G Band and even better when it's from one of my personal favorites - the mighty LOG."