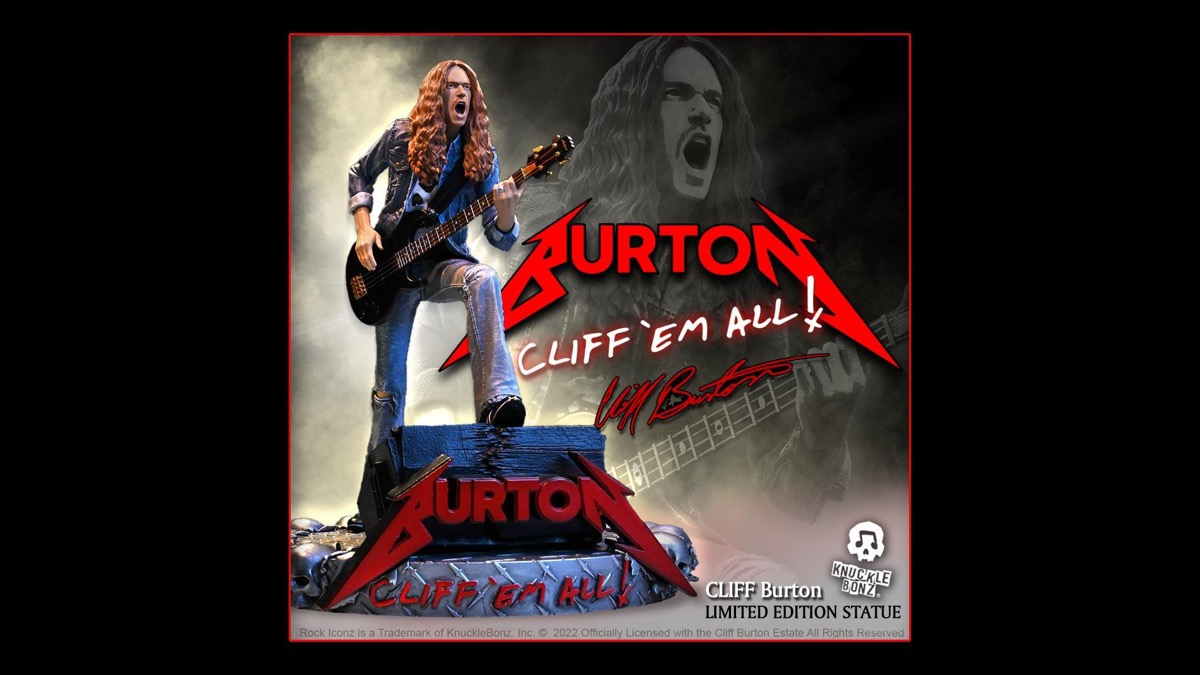 (KnuckleBonz) A Cliff Burton KnuckleBonz Limited Edition Collectible Statue, limited to only 3000 worldwide, will be released early next year, KnuckleBonz has announced.

A portion of all proceeds going to the Cliff Burton Music Scholarship Fund for Rising Youth Musicians. The Burton Family has issued this statement: "Continuing the mission of Cliff's father, the late Ray Burton, the Cliff Burton Foundation is centered on fostering the next generation of musical talent. We hand pick young individuals from around the world with the same enthusiasm for music and dedication to their craft as the late bassist Cliff Burton had. The Burton Family is proud to have Cliff join the KnuckleBonz Rock Iconz Series."

The Cliff Burton Rock Iconz Statue is hand-crafted by KnuckleBonz artists using a fine-arts process where each figure is hand-cast, painted and numbered. Each statue comes with a certificate of authenticity on the base. This limited-edition collectible is created in 1/9 scale making statues approximately 8.5 to 9 inches tall. All work created by KnuckleBonz is officially licensed. KnuckleBonz, the creator of the Rock Iconz® music collectible series, has been developing iconic, high-quality statues of rock music legends since 2003.

"Working on this design allowed us to go back to the foundations of Thrash and this is our way to pay tribute to the ferocity and brilliance of Cliff Burton," says Tony Simerman, CEO/Creative Director of KnuckleBonz, Inc. "We are also very excited to be participating in the Cliff Burton Scholarship Fund," says Simerman. "Supporting rising music talent is near and dear to our hearts here at KnuckleBonz."

The Cliff Burton Rock Iconz Statue is $164 USD and is currently in production. Pre-orders are available here.