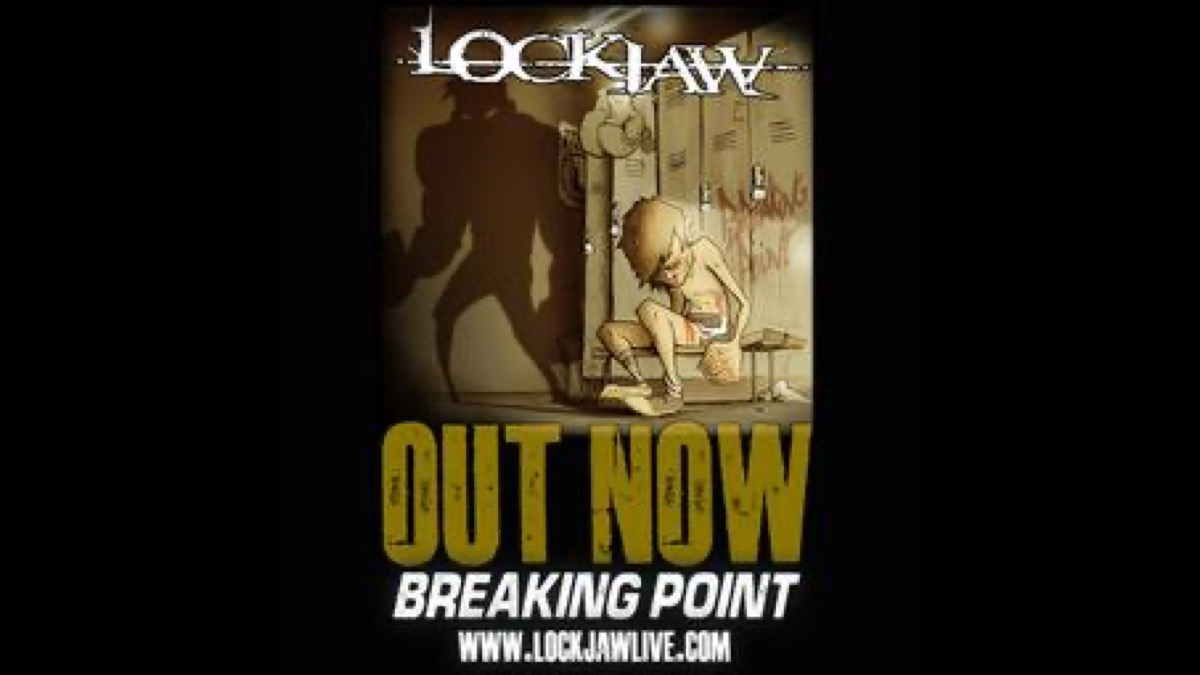 Lockjaw have released a music video for their hit single "Breaking Point". The track been streamed over 158,000 times on Spotify in 4 weeks and is featured on Spotify's New Core playlist.

Jeff Ogle had this to say, "'Breaking Point', I think has really proved to us that we can stretch outside our normal heavy roots and create something more melodic, vocally and musically. After just a few weeks the song hit over 100k streams on SPOTIFY, and helped us get on 2 Spotify Playlists, (New Core and All New Metal), Which was a really big deal, and milestone for us.

"Anytime you venture into new territory its exciting and nerve racking. We are known for heavy music, so for me it's easy to rip out those kinds of riffs and write that style. 'Breaking Point' really changed my perspective on what is possible with this group when we were in the studio and Joe, our vocalist, came up with the main melody for the chorus. It kind of blew me away! The goal of this record was to take all that we love about metal and rock and just make it ours, with hooks, melodies, screams and ground shaking energy. We recently added 'Breaking Point' to our live set, and its really helped us prove to each other what we are capable of, I mean, if you told me 4 of 5 of Lockjaw would be doing vocals harmonies and backups live a year ago, I would have laughed at you. We are proud of where this record and song has brought us as a band.

"The video for 'Breaking Point' was shot and directed by Jeremy Peterson. We wanted to try and capture the energy of a Lockjaw show in the most intimate atmosphere we could. So, we invited some of our rowdy fans and friends into the shoot and told them to do what they do best. The final product turned out better than we could have hoped for, and we are so thankful for all the Lockjaw Legion, that always support us.

"The artwork for 'Breaking Point' was hand drawn by Tony Squindo, also known for his work with Metallica. Tony and I have become friends for the past year, and he really has a vision for what we were looking for, with art concepts, T-Shirts, etc. We couldn't believe he wanted to work with us to be honest. But it's a good relationship and we are proud of the work he has done for us." Watch the video below:

Lockjaw 'Living in My Head' With New Video