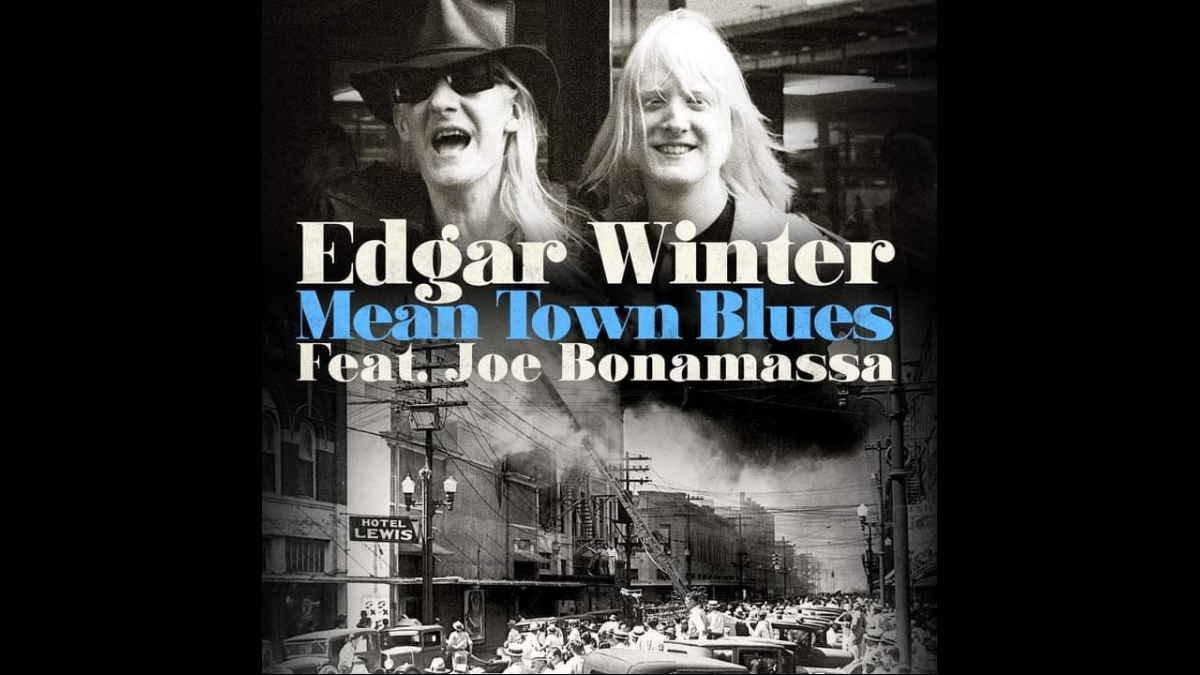 Edgar Winter has shared "Mean Town Blues", which features a guest appearance from Joe Bonamassa and is the second single from the forhtocming "Brother Johnny" album,

The all-star album was organized by Edgar to pay tribute to his brother Johhny Winter and is set to be released on April 15th. Edgar says of the new single:

"Johnny's most highly respected authenticity was as a blues man, particularly his style of slide guitar, and if there's one song that best epitomizes and brings all those elements together to represent the many aspects of who Johnny was in the early days, it is Mean Town Blues. Every time I hear it I think, 'Now that's Real Johnny Winter'. It just captures the essence of everything he was."

"Mean Town Blues" features Edgar on vocals, Bonamassa on slide guitar, Sean Hurley on bass, and Gregg Bissonette on drums. Edgar had this to say, "To me, this is one of the most important tracks on the album, and probably the most difficult to replicate the original feel on.

"I wanted only guitar, bass, and drums, exactly like Johnny's original blues trio. But I didn't know of anyone out there who naturally played slide the way Johnny did.

"I thought Joe Bonamassa did such an incredible job with Johnny's regular guitar style, I wonder if he could do the same thing with the slide? And amazingly, HE DID IT" Stream the song below: