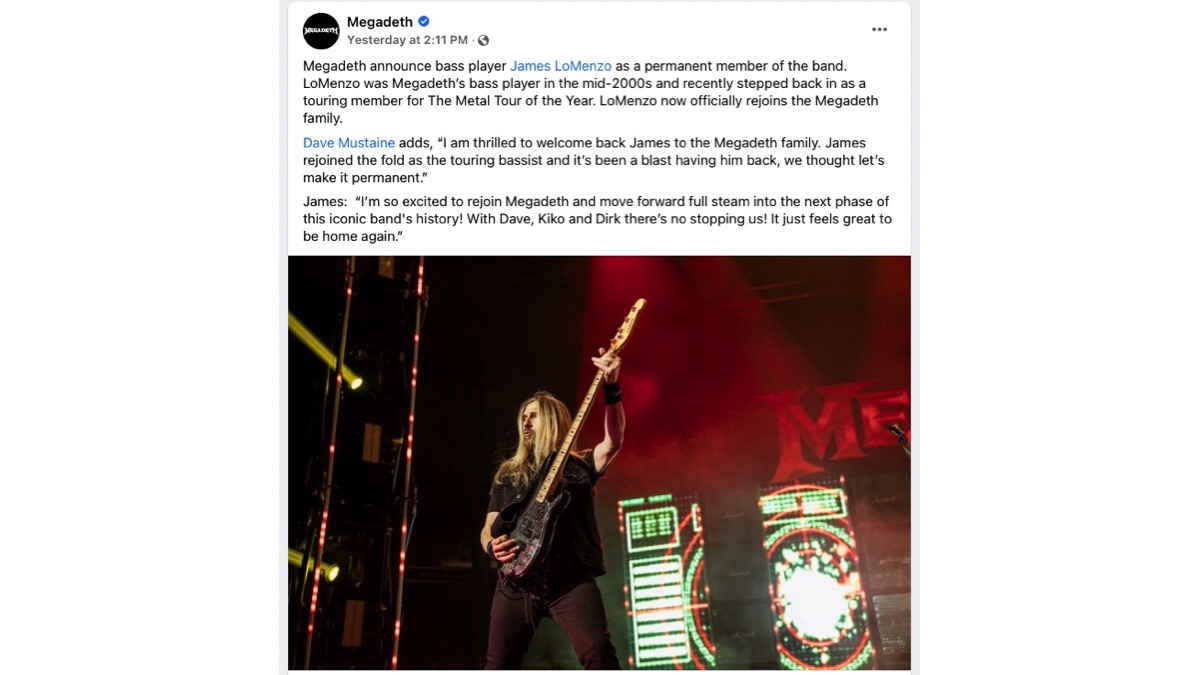 Megadeth have announced that they have made James LoMenzo their official bass player once again, after they recruited him last summer to replace founding bassist David Ellefson.

The band recruited him last summer after they fired Ellefson in May of 2021 following the leak of sexual conversations with the bassist and an unnamed woman.

The band said of making James an official member once again, "Megadeth announce bass player James LoMenzo as a permanent member of the band. LoMenzo was Megadeth's bass player in the mid-2000s and recently stepped back in as a touring member for The Metal Tour of the Year. LoMenzo now officially rejoins the Megadeth family."

Frontman Dave Mustaine shared, "I am thrilled to welcome back James to the Megadeth family. James rejoined the fold as the touring bassist and it's been a blast having him back, we thought let's make it permanent."

LoMenzo added, "I'm so excited to rejoin Megadeth and move forward full steam into the next phase of this iconic band's history! With Dave, Kiko and Dirk there's no stopping us! It just feels great to be home again."