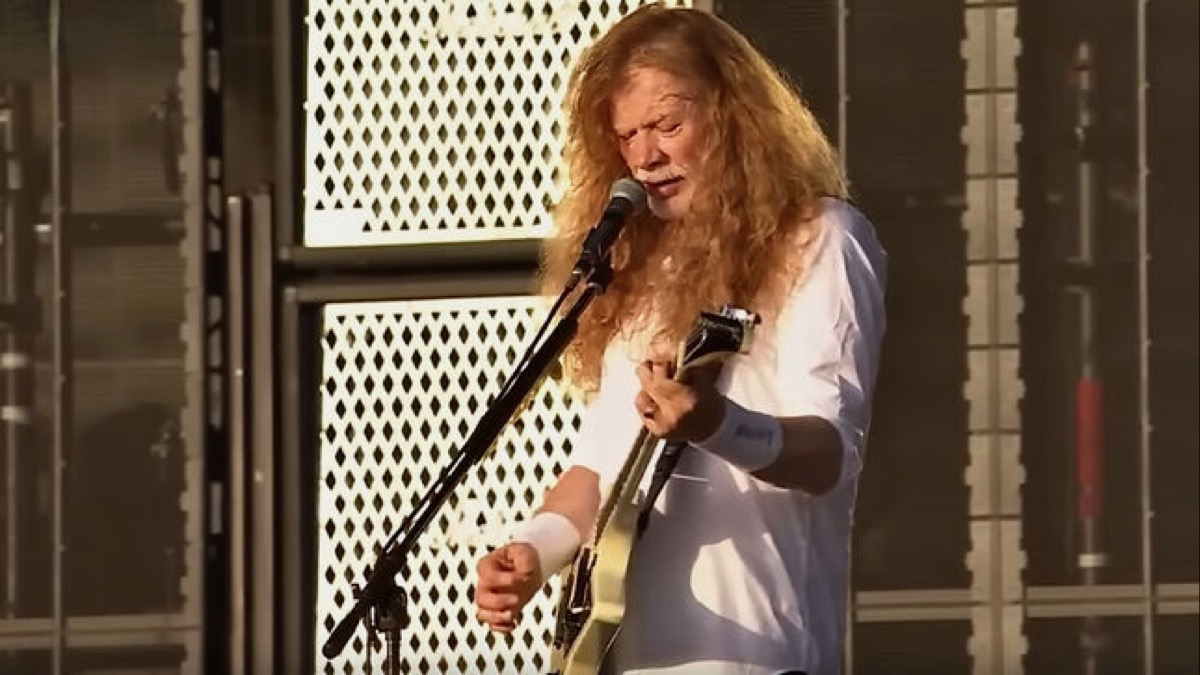 (hennemusic) Megadeth performed at Graspop Metal Meeting 2022 in Dessel, Belgium on June 17, and pro-shot video of the band's full performance is streaming online.

Last month, Dave Mustaine announced James LoMenzo as a permanent member of the group after the bassist was in the lineup in the mid-2000s and, as a touring member for The Metal Tour of the Year following the 2021 firing of founding member David Ellefson.

"I am thrilled to welcome back James to the Megadeth family," said Mustaine. "James rejoined the fold as the touring bassist and it's been a blast having him back, we thought let's make it permanent."

"I'm so excited to rejoin Megadeth and move forward full steam into the next phase of this iconic band's history!," added LoMenzo. "With Dave, [guitarist] Kiko [Loureiro] and [drummer] Dirk [Verbeuren] there's no stopping us! It just feels great to be home again."

During his first stint with the group, LoMenzo appeared on 2007's "United Abominations" and 2009's "Endgame" albums.