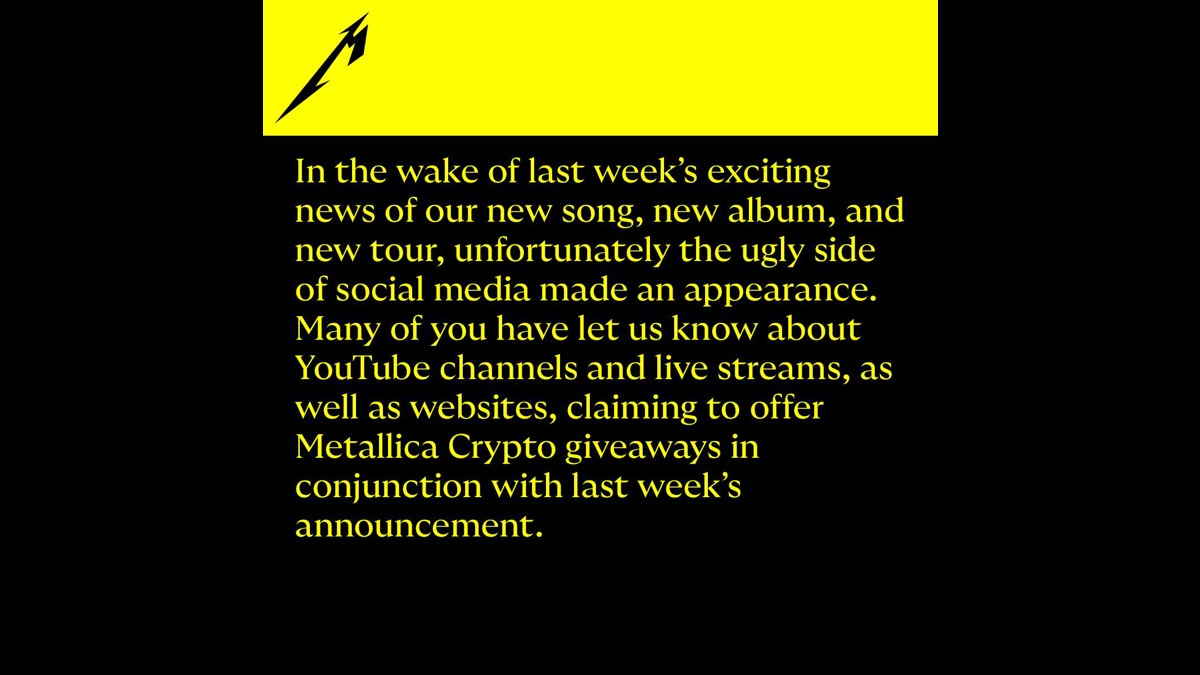 Metallica took to Facebook on Tuesday (December 6th) to warn fans of about possible cryptocurrency scams surrounding the announcement of their new album, "72 Seasons", and world tour.

They shared the following: In the wake of last week's exciting news of our new song, new album, and new tour, unfortunately the ugly side of social media made an appearance. Many of you have let us know about YouTube channels and live streams, as well as websites, claiming to offer Metallica Crypto giveaways in conjunction with last week's announcement.

Let's be as clear as possible. These are scams. They're being streamed on fake YouTube channels posing to be ours and all pointing to websites that we do not run. Please remember - all of our official social media channels are verified. Always look for official verification before believing something wild and crazy to be true. We thank all of you who have been vigilant in reporting these live streams to YouTube and to us... please don't let up!

Be familiar with the symbols that indicate an official channel and report anything that is a scam!