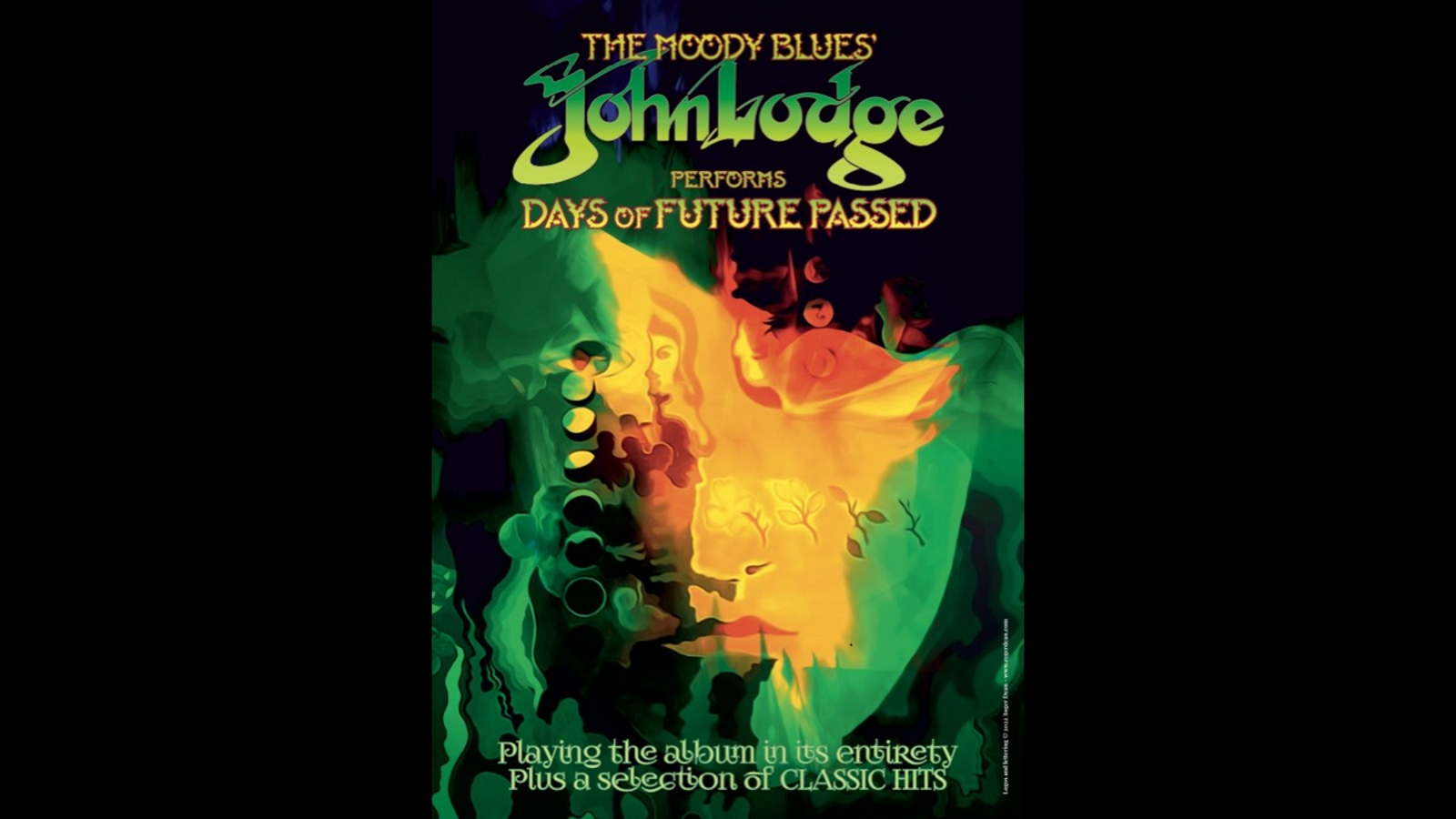 (SRO) John Lodge, legendary bass player, songwriter and vocalist of The Moody Blues and Rock and Roll Hall of Famer, will bring his new show "Performs Days of Future Passed" to America. John, together with his 10,000 Light Years Band, will perform The Moody Blues' iconic Days of Future Passed album in its entirety, with a special recording by the late Graeme Edge and performances by Jon Davison of Yes.

The show will also feature a set of the pioneering classic hits "Ride My See-Saw," "I'm Just a Singer (in a Rock and Roll Band)," "Isn't Life Strange," "Legend of a Mind" and "Nights in White Satin" in what promises to be a truly spectacular evening.

On November 10, 2022, Days of Future Passed will celebrate its 55th Anniversary, and John wanted to do something special to celebrate the album. The Moodies had embarked on a US tour in 2017 to celebrate the 50th, but regrettably stopped touring shortly after, and then, very sadly, Graeme Edge passed away in 2021. However, shortly before his passing, John and Graeme met and spent some special time together, and at that meeting Graeme told John how he hoped John would continue on with the music and keep the Moody Blues' music alive.

John returned home and realised that what he really wanted to do was revisit this iconic album, honor his lost friends Ray Thomas and Graeme Edge, and his other bandmates Justin Hayward and Mike Pinder, but also reimagine it for today. How would he do it differently? Graeme had already recorded a special version of "Late Lament" for John, and John's great friend (and future son-in-law) Jon Davison (of YES) had recorded "Nights in White Satin" for him, and so the stage was set; John went into the studio and began work with his Musical Director, Alan Hewitt, on both a new show and a new album, details of which are TBA.

The new show, based around the simple tale of "a day in the life of an everyday man," will highlight all that made Days of Future Passed the ground-breaking album that it was--arguably the start of Progressive Rock. It retains the core emotion of the original album and recreates its incredible orchestration, but at the same time it also brings in a modern feel thanks to the great strides in modern fidelity, and the maturity that comes with the passing of the years. Listen to "Nights in White Satin," "Tuesday Afternoon," "Peak Hour," and more fill the room, and you'll be taken back to 1967, but at the same time, you'll hear what John has brought to this new version in his vocals, bass and harmonies, and how he sees the album 55 years later. In its own way, it can also be said to be a reflection of John's own life.

The electrifying show will also feature a selection of JOHN's classic self-written hits, including the above-mentioned "Ride My See-Saw," "Isn't Life Strange," and "I'm Just a Singer (in a Rock and Roll Band)." The latter two were hit singles on the Moody Blues' album Seventh Sojourn which spent 5 weeks at Number 1 on Billboard and is currently celebrating its 50th Anniversary. Come and be taken back to the Moody Blues' shows of the past, featuring John Lodge, and including tributes to all his bandmates.

Joining John on stage is his 10,000 Light Years Band, long term collaborator Alan Hewitt (Music Director and Keyboards) and Billy Ashbaugh (Drums) from the Moody Blues touring band, together with Duffy King (Guitars) and Jason Charboneau (Cello). Jon Davison of YES will also be joining them for his special renditions of "Nights in White Satin" and "Tuesday Afternoon" plus the magical voice of Graeme Edge will be heard via a special recording.

"November 2022 sees me looking back 55 years to that week in 1967," says JOHN LODGE. "As I said at the Rock and Roll Hall of Fame, Graeme, Mike, Ray, Justin, and I, together with Tony, went into a studio, and seven days later we came out with an album that changed our lives forever." He adds: "I'm sorry that the Moodies are no longer touring, and I miss my friends Ray and Graeme deeply, but as I looked back to the past, I realised that I also wanted to look forwards to the Future. My hope is that in this show, and album, you will get to revisit 1967, but at the same time, see how this album has grown with me, and with you. Thank to you the 10,000 Light Years Band, Jon Davison and, of course, Graeme, for their belief in this project and helping bring my vision to life. And thank you to all the fans for Keeping the Faith."

Here are the tour dates for John Lodge's "Performs Days of Future Passed":