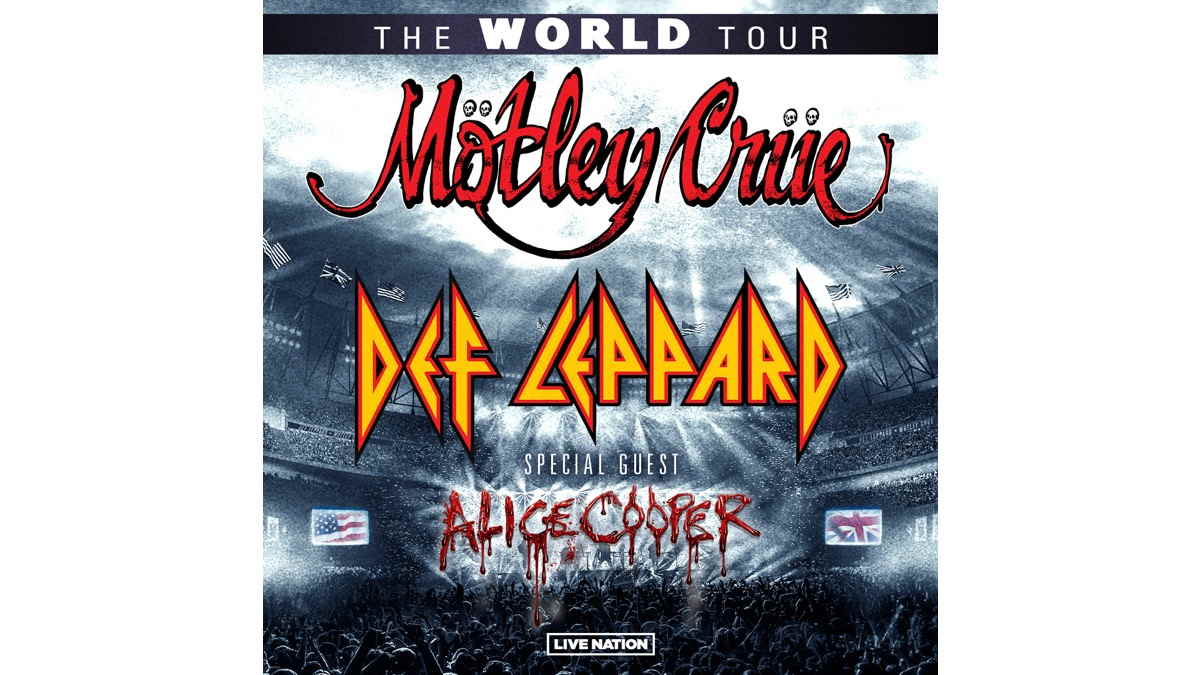 Motley Crue and Def Leppard have announced a U.S. leg for their 2023 The World Tour and have recruited shock rock legend Alice Cooper to support them at the new American shows.

They will be kicking things off on August 5th in Syracuse, NY at the JMA Wireless Dome, and have announced concerts in Columbus, Fargo, Omaha, Tulsa and El Paso, TX.

Def Leppard frontman Joe Elliott shared, "After finally getting back on the road this past summer, we're beyond thrilled to bring this massive tour to a global audience including some special dates in America!"

The Crue added, "We had an incredible time playing The Stadium Tour in North America this summer and we truly can't wait to take the show around the globe with The WORLD Tour in 2023. Crueheads get ready because we have a few amazing U.S. dates set for you!"