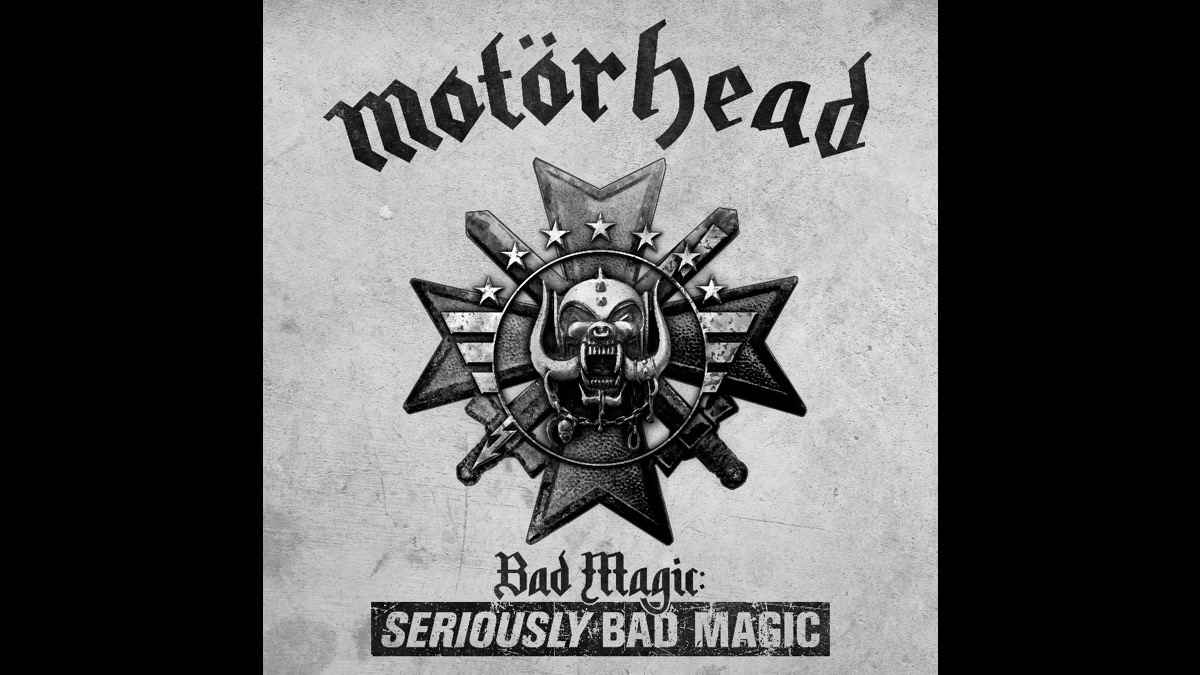 (hennemusic) Motorhead have announced that they will release an expanded reissue of their final studio album, 2015's "Bad Magic", on February 24, 2023.

Produced by Cameron Webb and originally issued just four months before the passing of frontman Lemmy Kilmister, the project featured the lead single, "Thunder & Lightning", "Electricity", a version of David Bowie's classic, "Heroes", and a cover of The Rolling Stones' classic, "Sympathy For The Devil", which included a guitar solo by Brian May of Queen.

Billed as "Bad Magic: Seriously Bad Magic", the 2023 reissue has been expanded with the addition of two previously-unreleased tracks - "Greedy Bastards" and the set's first preview, "Bullet in Your Brain" - as well as a live recording from the subsequent tour at the giant Mt. Fuji Festival in Japan in 2015.

Get more details and stream the new video for the lead track here.