Motorhead Legend Lemmy To Be Memorialized At Hellfest 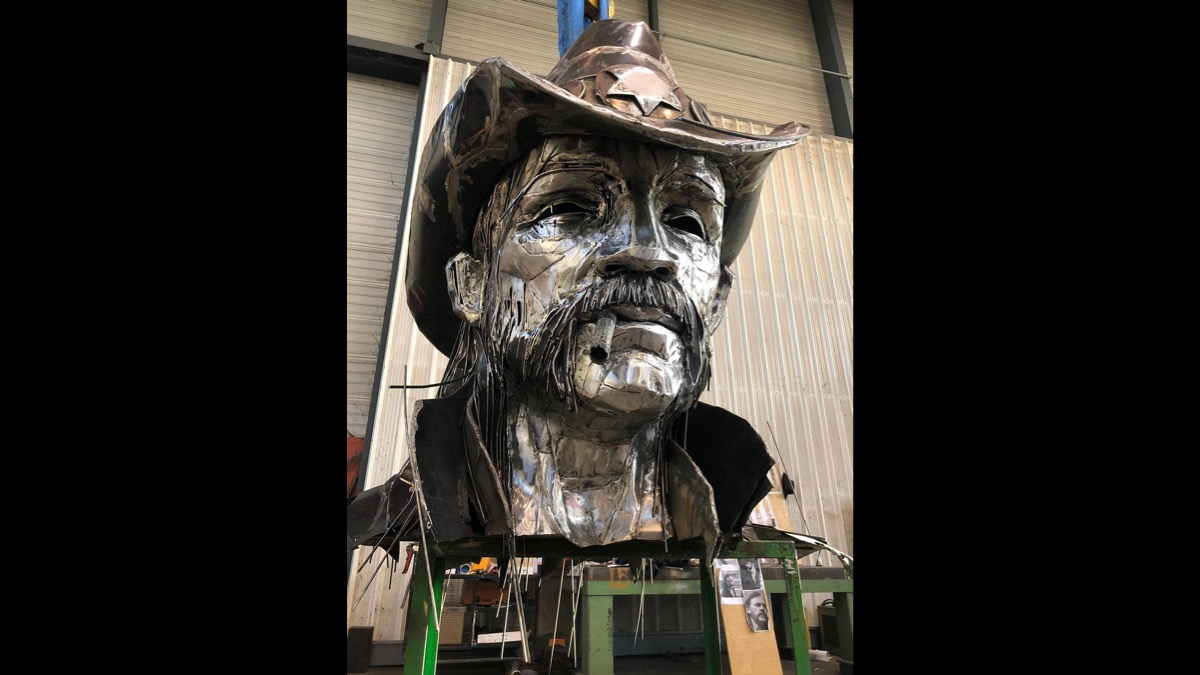 (Adrenaline) Legendary Motorhead frontman Ian 'Lemmy' Kilmister has had a portion of his ashes enshrined at this year's Hellfest Festival in Clisson, France within a new, giant statue of the man, and the official ceremony to recognize this unique memorialization will occur on June 23, 2022.

With band mates Phil Campbell and Mikkey Dee present, it is the perfect moment to honor Lemmy's life. After the Scorpions close the show, band mates Phil Campbell and Mikkey Dee will say a few words, a tribute video to Lemmy will play and Phil and Mikkey will raise a toast to the immortal and eternally popular Kilmister at the monument itself. The ceremony formally recognizes Lemmy's love of both the road and the fans, which is where he always felt most comfortable.

Hellfest was one of Lemmy's favorite festivals (Motörhead played the first ever Hellfest and were staples of the festival ever since), and the band have always had a tremendous bond with their French rock'n'roll family. It is therefore fitting that Lemmy will forever be present at the site, with fans able to congregate and pay their respects to him at every Hellfest from here on out. This ceremony will also give fans an opportunity to participate in their own memorialization of Lemmy and see a miniature replica of the custom urn that houses Lemmy's ashes at Forest Lawn Cemetery in Hollywood California.

For fans that wish to share their own tributes, memories, experiences or pay their respects, can post using the hashtag #LemmyLivesAtHellfest.