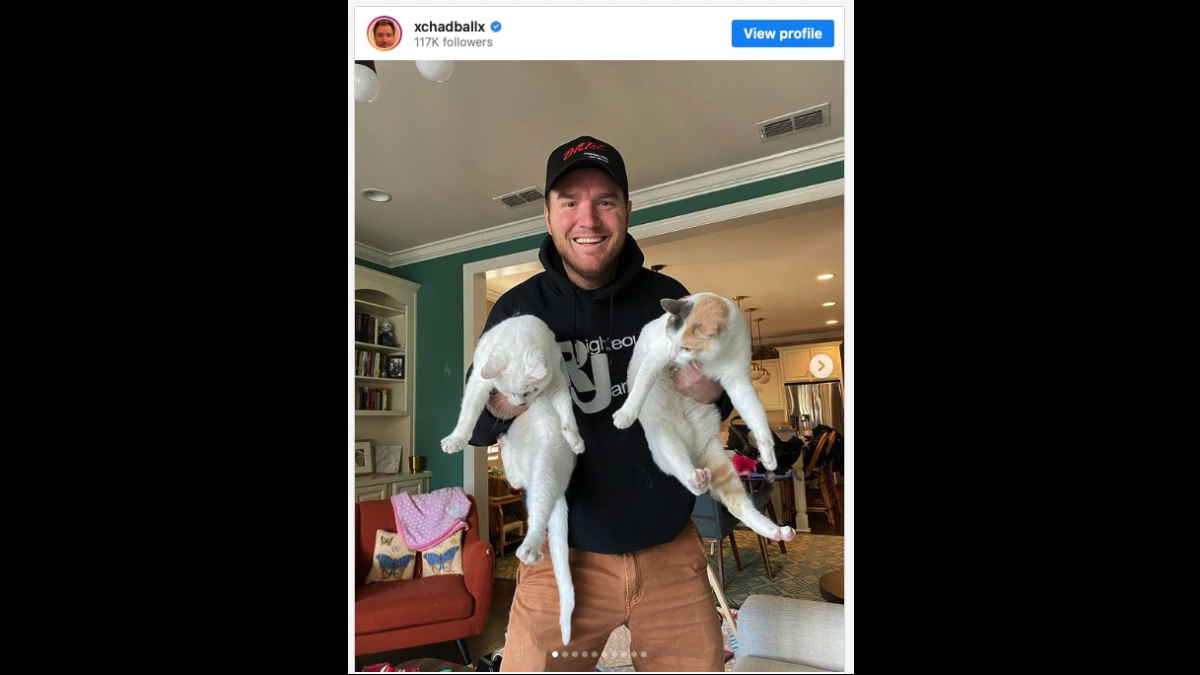 New Found Glory guitarist Chad Gilbert took to social media on Friday, January 28th, to share the news that he has been declared "officially cancer free."

Gilbert underwent cancer surgery back in December. He took to Instagram on Friday to update fans on his recovering and shared the big news about his cancer.

He shared a photo of himself holding two cats and wrote, "Half a liver, a gallbladder, and one adrenal gland later, I am officially cancer free. All my tests and scans came back clear! I know there's the chance of it coming back later but I feel so good knowing what was in me is gone and if it ever does come back, we will see it from its beginning. Let's not even worry about that though. I'm so lucky to still be here and so blessed that I had a super team that fixed me. My endocrinologist, surgeon, and oncologist teaming up and taking down my Pheochromocytoma more swiftly and efficiently than the Avengers could defeat Thanos in Infinity War. Love them and am forever grateful. And once again the biggest I love you and thank you to my wife for being tough, brave, and for saving me. Getting me through all of this and staying by my side while at the same time taking care of our baby girl Lily at home.

"All my ICU nurse family who I lived with for 2 weeks, who had to check me every hour to keep me safe. Thank you thank you!!! All you fans out there writing me the nicest messages when you all found out what happened. You already do enough as fans but that was awesome and kept me feeling loved. I am forever changed by this experience. 2022 is gonna be awesome!!! Will be rocking in your faces soon enough. God bless!"