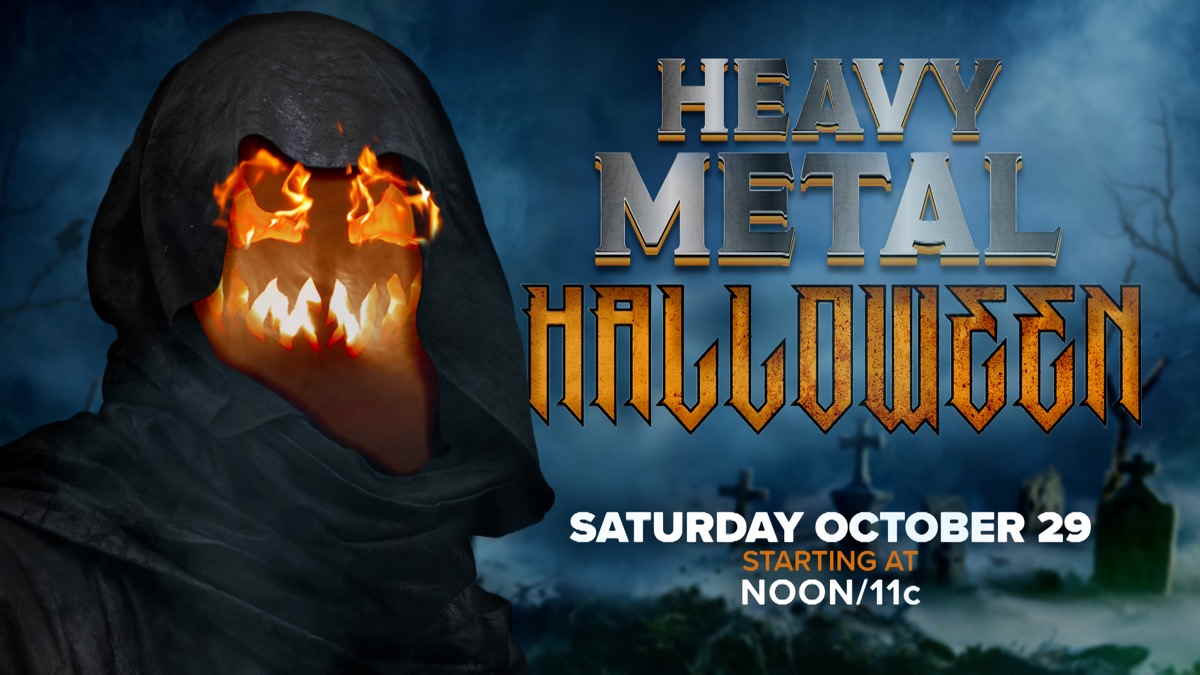 The network sent over these details: The special programming will kick off at 12 p.m. ET/9 a.m. PT on October 29th with Rock Legends episodes "Birth Of Metal," "British Metal," and "US Heavy Metal," followed by in-depth portraits of the genre's loyal legion of "Metalheads"; Heavy Metal mainstays Iron Maiden and Guns 'N' Roses; and the Godfathers of Metal themselves, Black Sabbath.

The day continues at 3:30 p.m. ET, as the band that started it all takes the stage one last time to unleash a roaring hometown set that includes "Iron Man," "Children Of The Grave," "Paranoid," "War Pigs" and many more in Black Sabbath: The End Of The End. Then, the Saints of the Sunset Strip return to their old haunting grounds for an unforgettable evening packed with favorites such as "Girls, Girls, Girls," "Shout At The Devil," and "Home Sweet Home" in Motley Crue: The End - Live In Los Angeles; and the men behind Metal's most famous costumes and makeup take Sin City by storm with a hit-heavy concert featuring "Rock And Roll All Nite," "Psycho Circus," "Black Diamond," and "Love Gun" in KISS Rocks Vegas.

The block concludes with a look behind the curtain at the wizard of shock in the celebrated 2014 documentary Super Duper Alice Cooper, which brings the twisted tale of influential Metal trailblazer Alice Cooper to life in a stunning blend of rare archive footage, animation, and rock opera elements.