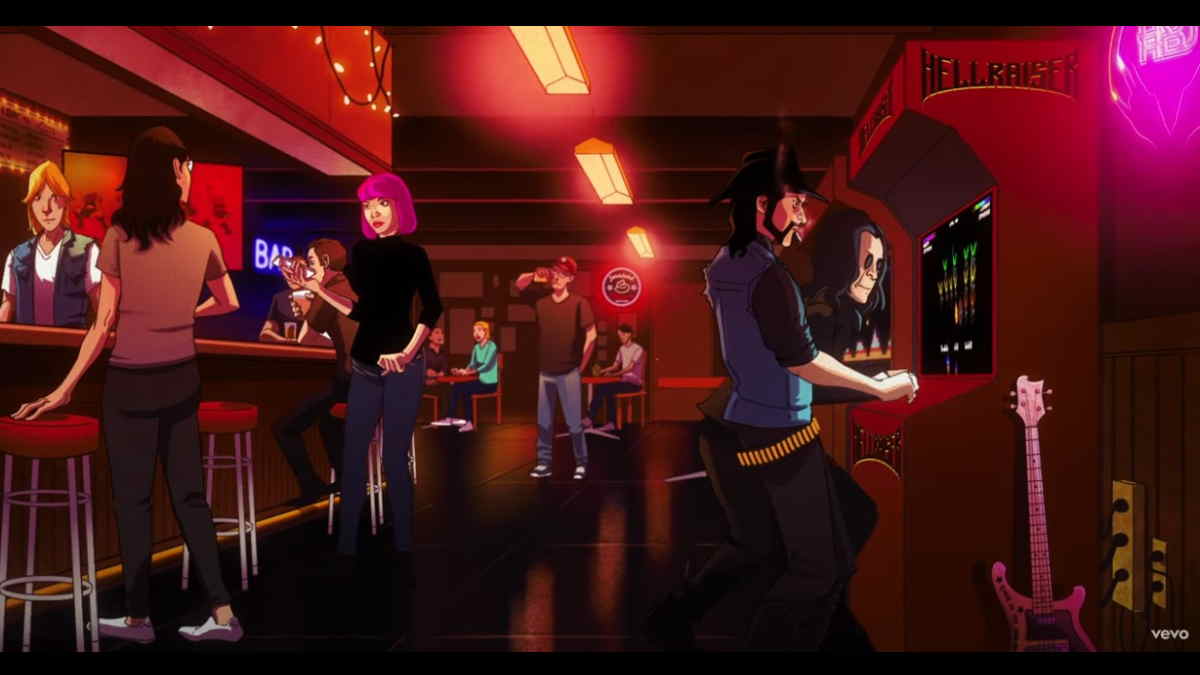 Ozzy Osbourne scored a top 21 story from October 2021 by paying tribute to Lemmy Kilmister with the release of an animated video for the new Ozzy and Lemmy duet version of the track "Hellraiser".

The song was penned by Ozzy, the late Motorhead legend and guitarist Zakk Wylde and the original version appeared on Osbourne's "No More Tears" album, followed by a Motorhead version on their "March Or Die" album.

The new duet version comes from Ozzy's recently released "No More Tears" 30th anniversary reissue and will also be released as a stand alone 10" vinyl single on Ozzy's birthday, December 3rd featuring the duet, along with Ozzy's version on side A and Motorhead's on side B.

Ozzy had this to say about the new video, "I'm so glad we were able to honor my dear friend Lemmy with this duet and now the video. We immortalized him with a clip of the two of us being together, hanging out and getting into some trouble as we so often did." Watch the video below: