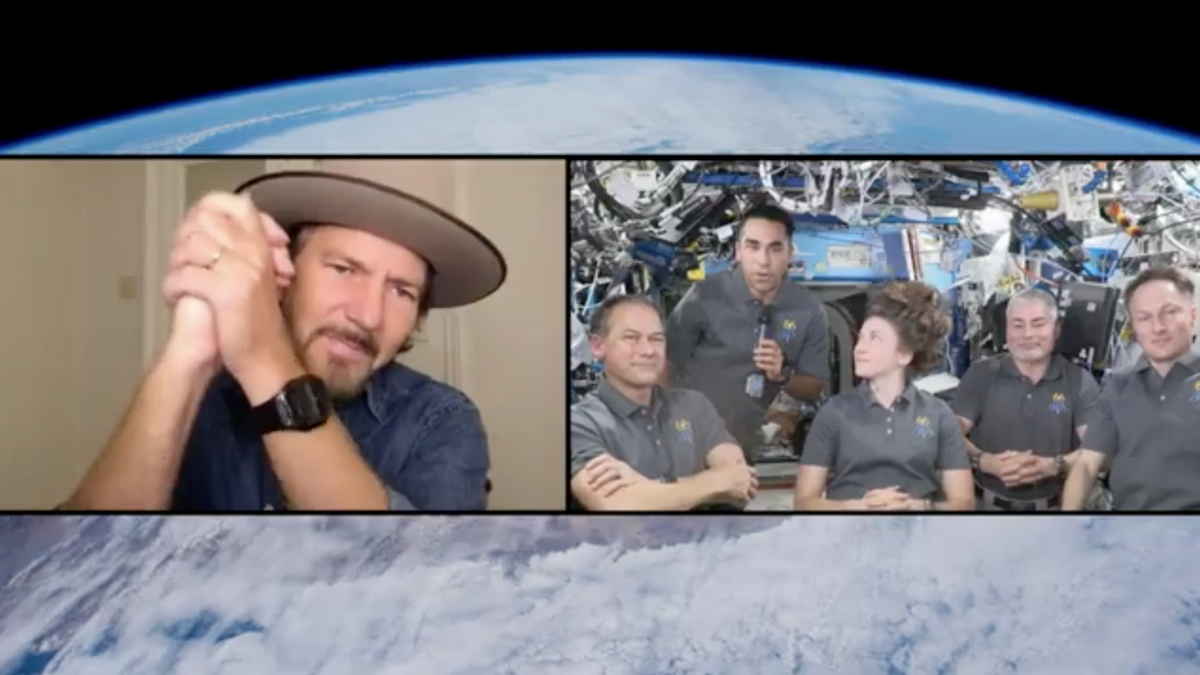 (Republic Records) Pearl Jam frontman Eddie Vedder has teamed up with NASA to interview the crew aboard the International Space Station in celebration of Earth Day 2022.

The interview is the second collaboration with NASA teams as he worked with them on his "Invincible" music video inspired by their Artemis I Moon mission in support of his recent chart topping album Earthling.

The Space Launch System rocket and Orion spacecraft - the only human-rated spacecraft in the world capable of deep-space travel - are planned to lift off from Launch Pad 39B at NASA's Kennedy Space Center for the uncrewed Artemis I mission around the Moon.

Through the Artemis missions, NASA will land the first woman and the first person of color on the Moon, paving the way for a long-term lunar presence, and serving as a stepping stone on the way to Mars. This video includes footage of various prelaunch tests, along with animations of launch, the orbit around the Moon, and the return to Earth. Watch the interview below: