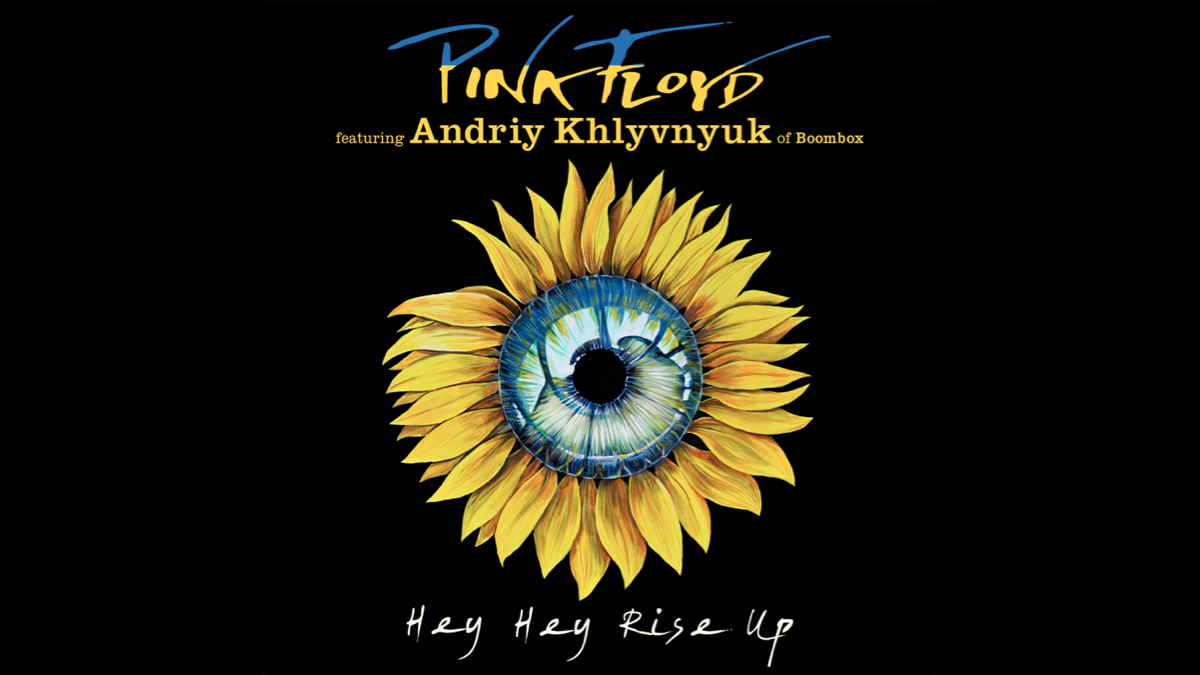 (Fran DeFeo PR) Pink Floyd have released a brand new song and video called "Hey Hey Rise Up" that is their first new original music since their 1994 effort "The Division Bell" and they have shared in support of the people of Ukraine. We were sent the following details:

The track, recorded last Wednesday (March 30th), uses Andriy's vocals taken from his Instagram post of him singing in Kyiv's Sofiyskaya Square. The song itself 'The Red Viburnum In The Meadow' is a rousing Ukrainian protest song written during the first world war which has been taken up across the world over the past month in protest of the invasion of Ukraine. The title of the Pink Floyd track is taken from the last line of the song which translates as 'Hey Hey Rise up and rejoice'.

Gilmour, who has a Ukrainian daughter-in-law and grandchildren says: "We, like so many, have been feeling the fury and the frustration of this vile act of an independent, peaceful democratic country being invaded and having its people murdered by one of the world's major powers".

Gilmour explains how he came to know Andriy and his band Boombox. "In 2015, I played a show at Koko in London in support of the Belarus Free Theatre, whose members have been imprisoned. Pussy Riot and the Ukrainian band, Boombox, were also on the bill. They were supposed to do their own set, but their singer Andriy had visa problems, so the rest of the band backed me for my set - we played Wish You Were Here for Andriy that night. Recently I read that Andriy had left his American tour with Boombox, had gone back to Ukraine, and joined up with the Territorial Defense. Then I saw this incredible video on Instagram, where he stands in a square in Kyiv with this beautiful gold-domed church and sings in the silence of a city with no traffic or background noise because of the war. It was a powerful moment that made me want to put it to music."

While writing the music for the track, David managed to speak with Andriy from his hospital bed in Kyiv where he was recovering from a mortar shrapnel injury. "I played him a little bit of the song down the phone line and he gave me his blessing. We both hope to do something together in person in the future."

Speaking about the track Gilmour says, "I hope it will receive wide support and publicity. We want to raise funds for humanitarian charities, and raise morale. We want express our support for Ukraine and in that way, show that most of the world thinks that it is totally wrong for a superpower to invade the independent democratic country that Ukraine has become."

The video for 'Hey Hey Rise Up' was filmed by acclaimed director Mat Whitecross and shot on the same day as the track was recorded. David Gilmour "We recorded the track and video in our barn where we did all our Von Trapped Family live streams during lockdown. It's the same room that we did the 'Barn Jams' with Rick Wright back in 2007. Janina Pedan made the set in a day and we had Andriy singing on the screen while we played, so the four of us had a vocalist, albeit not one who was physically present with us."

The artwork for the track features a painting of the national flower of Ukraine, the sunflower, by the Cuban artist, Yosan Leon. The cover of the single is a direct reference to the woman who was seen around the world giving sunflower seeds to Russian soldiers and telling them to carry them in their pockets so that when they die, sunflowers will grow. Watch the video below: