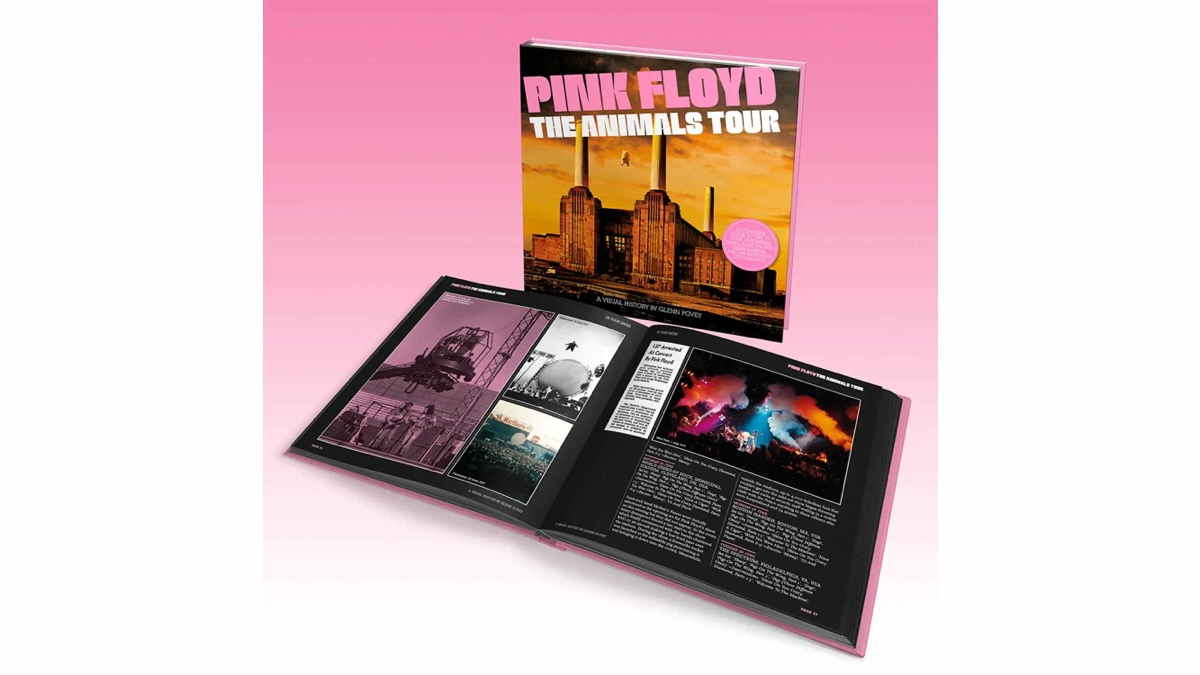 (Glass Onyon) A preorder has been launched for the new book, "Pink Floyd - The Animals Tour - A Visual History" by Glenn Povey. We were sent the following details about the release:

Pink Floyd's 10th studio album "Animals" was released almost 10 years on from their psychedelic debut that launched the band on to the world stage. But this release couldn't be farther from "The Piper At The Gates Of Dawn" if you tried: It was a hard-hitting politically charged heavy rock album. Its three central pieces, "Pigs (Three Different Ones)", "Dogs" and "Sheep" each extending to over 10 minutes each drew parallels with George Orwell's dystopian nightmare "Animal Farm". Its lyrics continued to project Roger Waters' eternal themes of life's struggles where the subservient masses are sheep controlled by tyrannical pigs and authoritarian dogs.

Recorded over the summer of 1976, in the space of time it took punk to both explode and promptly fizzle out, at their own Britannia Row studios in north London, it also marked a shift from their traditional base of EMI at Abbey Road. Arguably one of Pink Floyd's least well recorded works it does however hold a fond place in many fans hearts and Animals has enjoyed a legacy - Roger Waters in particular reviving those tracks to shoehorn into his own politically charged live solo shows in recent years.

The corresponding tour through the first half of 1977 was also not without compromise and built on the stadium spectacular that had been successfully developed over the previous two years of touring. Creatively, there was no limit to their ambition as large-scale inflatable structures, screen films, special effects and state of the art sound reinforcement were utilized that enveloped the audience in an ever-increasing immersive experience. But, despite all this, as their fan base increased exponentially so too did the rowdy nature of the stadium environment which, coupled with band members personal issues, ultimately led to inter-band rifts and Roger Waters' increasing intolerance of and disdain towards the adulation of the fans.

This all finally came to a spectacular head during their final show of the "Animals" tour in Montreal in July and the events that unfolded became the lynchpin of Waters' vision of isolation and madness that eventually led to the creation of "The Wall" two years later.

"Pink Floyd - The Animals Tour - A Visual History" By Glenn Povey documents both the history of the recording of the album and the supporting tours which remains one of the most fascinating periods in Pink Floyd's history. Preorder it here.