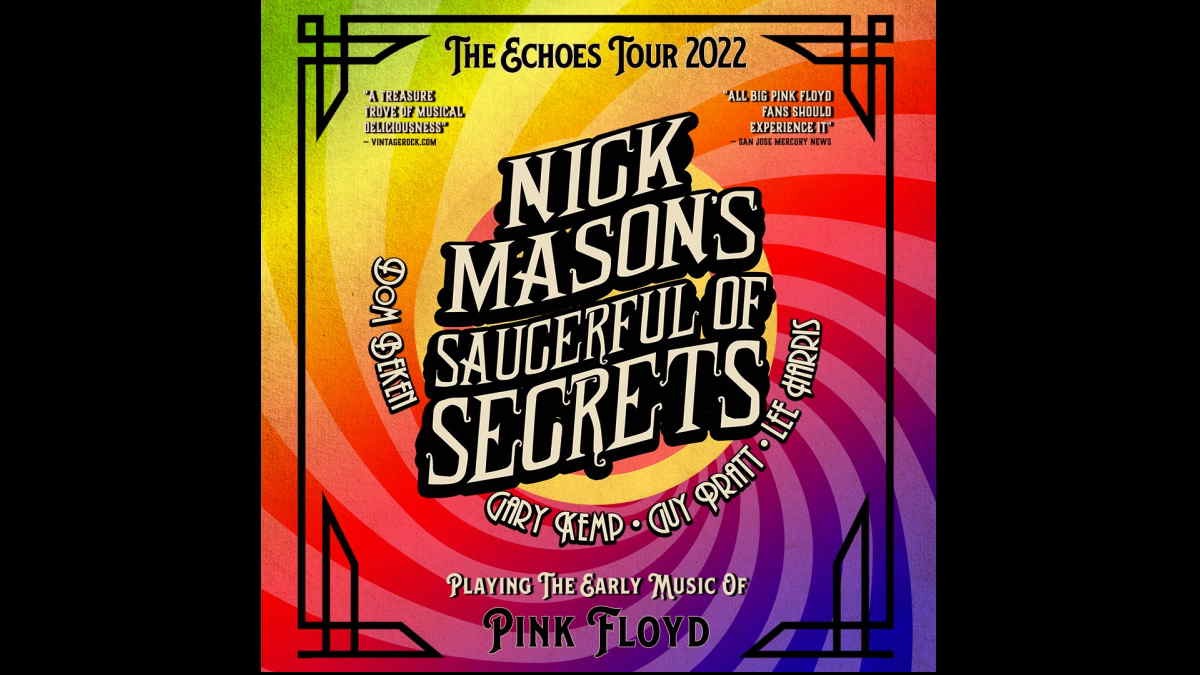 (hennemusic) Pink Floyd drummer Nick Mason's Saucerful Of Secrets has expanded their rescheduled North American tour. Originally set to begin in Toronto, ON in January, The Echoes Tour was postponed late last year "due to the uncertainty surrounding the Covid pandemic"; a revised 2022 schedule will now open in Boston, MA on September 22 and feature new dates.

"We are really looking forward to returning to North America and we're happy to be able to now announce these new dates for later this year," says Mason. "We wanted to make sure to come back when it's safe for our fans, the band, and our crew.

"Sadly, six shows weren't able to be rescheduled as the venues weren't available when the band were, and three shows have moved venues within the same cities, but eight new shows have been added to the tour in different locations, and tickets for those go on sale Friday (March 25th) at 10am local time."

"Existing ticket holders should be contacted by their point of sale; for unchanged venues, existing tickets will remain valid for the new dates, and if your venue is changing you'll have a presale for new tickets ahead of the general sale."

Mason and the group - who exclusively perform vintage pre-Dark Side Of The Moon-era material by the iconic band - released "Live At The Roundhouse" in 2020; the project captures the band in concert at the legendary London venue during their first tour. See the dates and watch the tour trailer here.