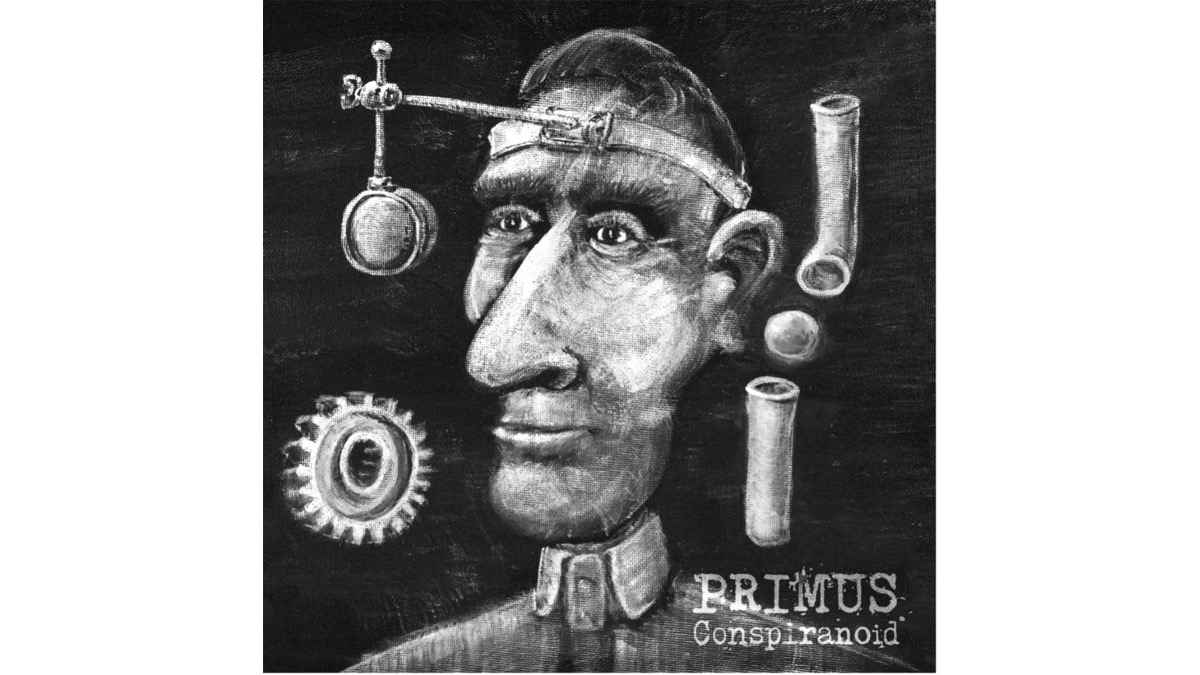 Primus have just digitally released a brand new 3 track EP entitled "Conspiranoid", which marks the first new music from the acclaimed band in over 5 years.

The EP will also be released on vinyl on August 12th and it features the epic, 11-minute opening track, "Conspiranoia," which Les Claypool described as "a long, winding, bastard of a song.

"'Conspiranoia' was sprouted from a seed I had planted in my notebook a year or so ago--a few lines commenting on the mental state of the contemporary world."

The EP arrives as the band continues their 'A Tribute To Kings' Tour that finds the Bay area trio performing Rush's 1977 album 'A Farewell To Kings' in its entirety, following a set of their own music.

"Hemispheres was my first concert," Claypool said, referring to Rush's 1978 album and tour. "Originally we'd always kind of joked around about doing Hemispheres...but we settled on Kings, because A) it was the first Rush record I ever heard and B) it contains 'Cygnus X-1,' which has always been my favorite Rush tune. It seems to be a good one for us to tackle; 2112 seemed a little obvious." See the dates below:

'Conspiranoid' EP Tracklisting:
1. Conspiranoia
2. Follow The Fool
3. Erin On The Side Of Caution