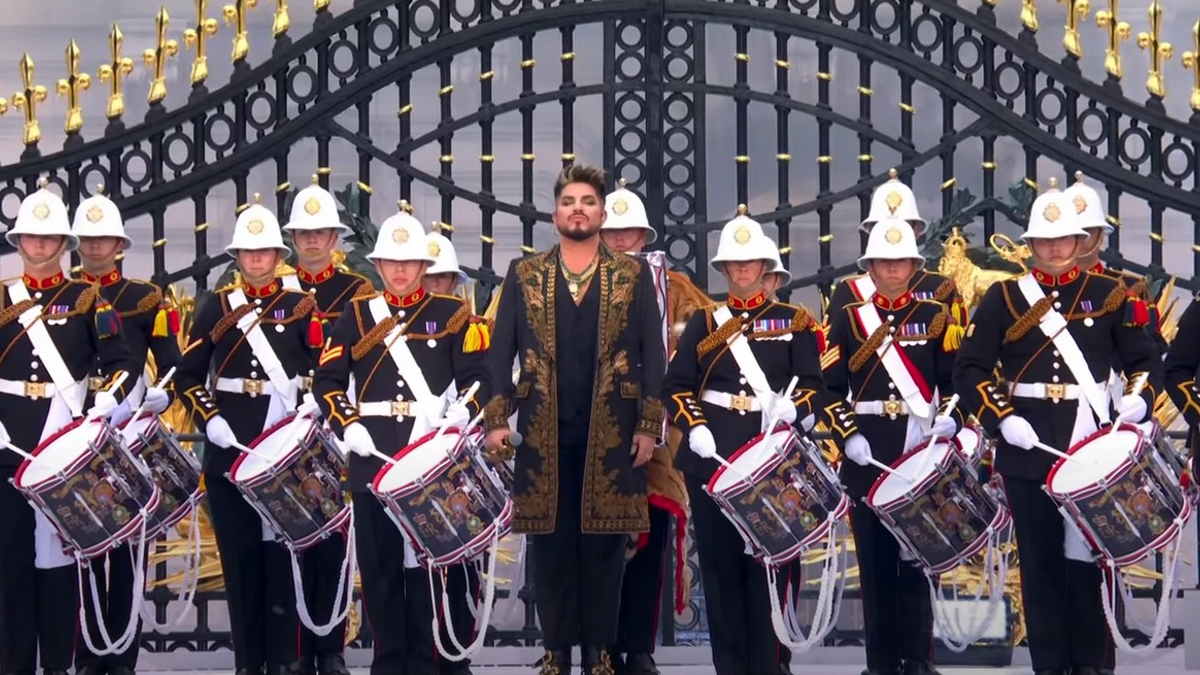 As part of the Queen's anniversary marking 70 years of service to the people of the United Kingdom, the Realms and the Commonwealth, Queen and Lambert kicked off the event with a trio of classic tracks, including "We Will Rock You" - with help from The Bands of HM Royal Marines and featured Brian May playing on a riser in a cloud of smoke in front of the Victoria Memorial - "Don't Stop Me Now" and "We Are The Champions."
The event also featured performances by Alicia Keys, Hans Zimmer, Ella Eyre, Craig David, Mabel, Elbow, George Ezra, Duran Duran, Andrea Bocelli, Mimi Webb, Sam Ryder, Jax Jones, Celeste, Nile Rodgers, Sigala and Diversity - all performing their biggest hits in a star-studded tribute to Her Majesty's unprecedented anniversary.

Closing the 2.5-hour show was Diana Ross, in her first UK live performance in fifteen years. Hosts Kirsty Young and Roman Kemp led live coverage of the Platinum Party at the Palace for the broadcast across the BBC. 22,000 people attended the event, including 10,000 tickets allocated in a public ballot and over 7,500 tickets for key workers, members of the Armed Forces, volunteers, and charities.