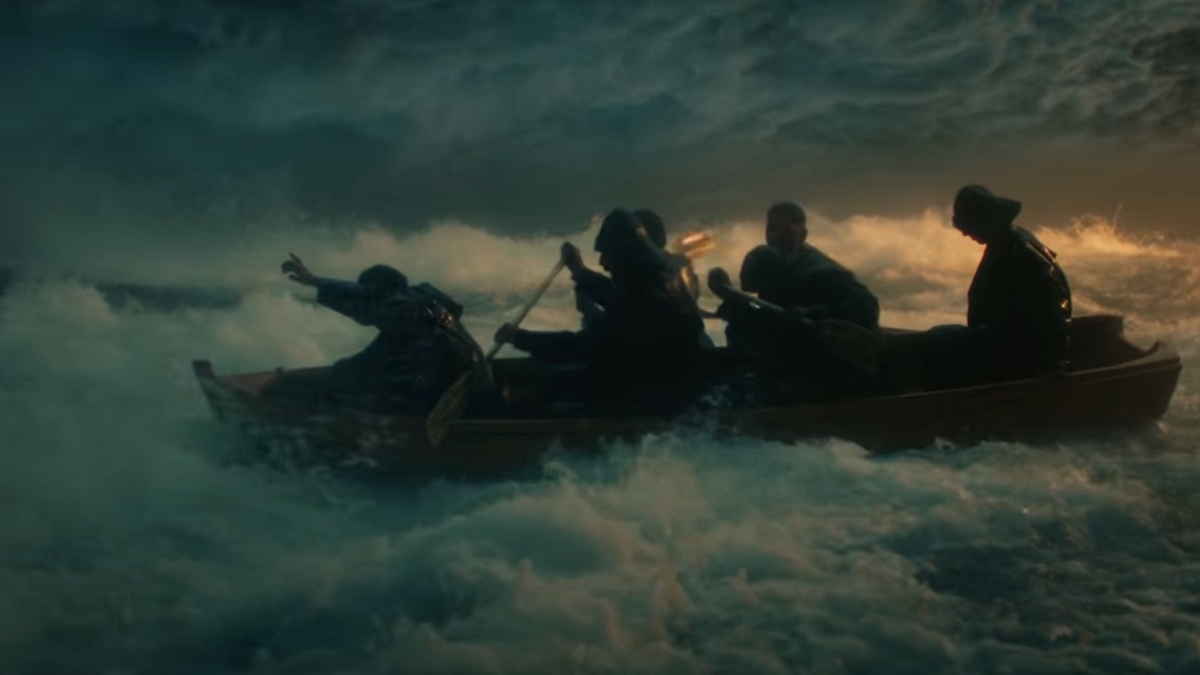 (Nasty Little Man) Rammstein have premiered a music video for their brand new single "Zeit". The song is the title track to their forthcoming album, which is set to be released on April 29th. We were sent the following details:

The eighth album from the Berlin musicians follows the untitled number one album that shot the band straight to the top of 14 international charts in 2019, after the longest break between albums of their career to date.

Bryan Adams managed to get a special scoop for the cover of the new album - the Canadian musician and photographer took the shot of Rammstein on the steps of the Trudelturm in Berlin Adlershof, an imposing monument to aerial research in the city's Aerodynamic Park.

The eponymous first single is released as a 10" gatefold black vinyl, on CD digipack and in digital format. The spectacular video was directed by actor and musician Robert Gwisdek, collaborating here with the band for the first time.

Till Lindemann's commanding baritone resonates over solemn piano chords and an angelic chorus of sirens. The song deals with transience, our mortality and the precious, fleeting happiness of the perfect moment. "Time, please stand still, stand still," Lindemann laments and implores. "Time, this should always go on so/Time, it's so beautiful, so beautiful/Anyone knows the perfect moment."

After an epic like this, you need a moment's rest, and Rammstein give it to us. Fans can look forward to a total of three versions of "Zeit."

For the B-sides, the band is releasing a meditative, atmospheric neoclassical arrangement by Grammy-nominated Icelandic multi-instrumentalist Ólafur Arnalds, as well as a remix by electro producer Robot Koch.

Over the course of a career spanning almost 30 years, Rammstein have sold more than 20 million albums around the world and played countless spectacular, groundbreaking tours. When the band's sold-out stadium tour had to be postponed due to the pandemic, Rammstein used the time to work on their new album.

Rammstein fans can look forward to multiple Zeit formats on 29 April - the new album will be released as a standard CD in a digipack with a 20-page booklet, a special edition CD in a 6-panel digipack with a 56-page booklet including slipcase, and as a double 180g vinyl LP with a 20-page large-format booklet, as well as in the usual digital formats.

With the new album Zeit and a major European and North American tour in spring and summer 2022, one thing is already certain: It's going to be a big Rammstein year! Watch the video below: