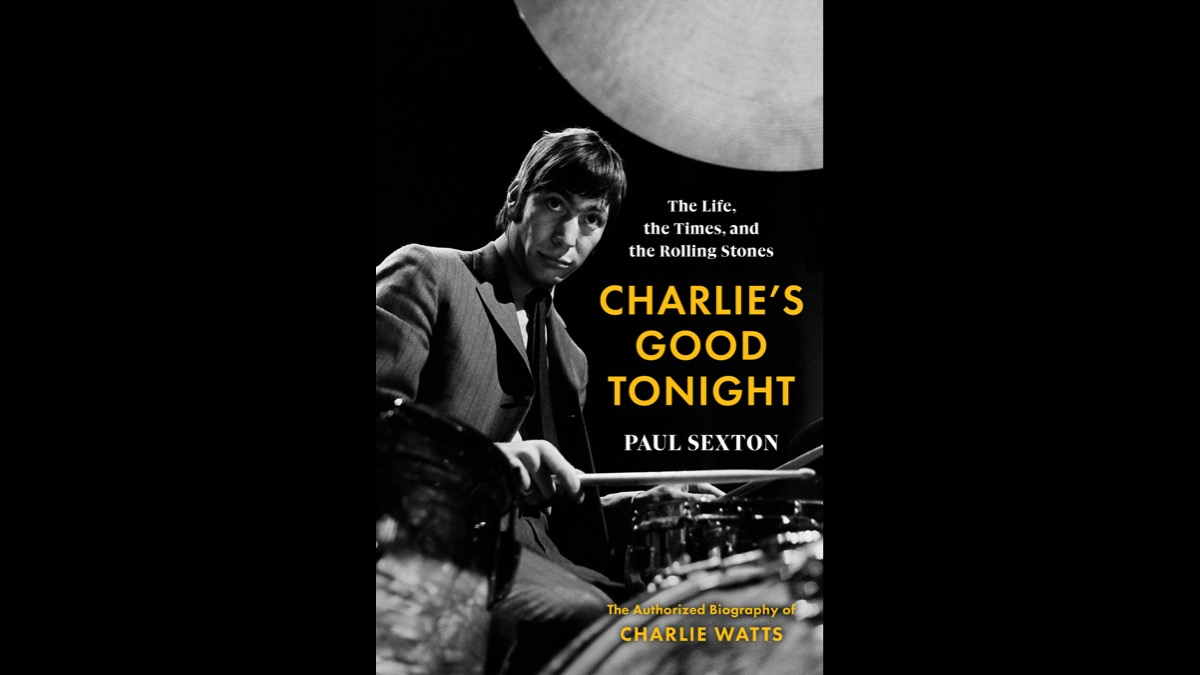 HarperCollins will be releasing "Charlie's Good Tonight: The Life, the Times, and the Rolling Stones: The Authorized Biography Of Charlie Watts," the official and authorized biography of the late Rolling Stones legend on October 11th.

The biography was written author/journalist/broadcaster Paul Sexton and will include forewords from Charlie's bandmates Mick Jagger and Keith Richards and a prelude from The Rolling Stones' former manager/producer Andrew Loog Oldham.

Sexton had this to say, "One of Charlie's good friends said to me that he was a very easy man to love. Having had the pleasure of his company on so many occasions over the course of more than a quarter of a century, that's a sentiment I echo wholeheartedly. To be able, with the help and encouragement of those who knew him best, to draw on my time with this unique man and his fellow Rolling Stones to write his authorized biography is a thrill and an honor. In particular, I can't say thank you enough to Charlie's family, whom he loved so much, for their warm support and endorsement."

The Rolling Stones shared, "Our dear friend Charlie Watts was not just a fantastic drummer but a wonderful person. He was funny and generous and a man of great taste and we miss him terribly. It's great that his family have authorized this official biography by Paul Sexton, who's been writing and broadcasting about Charlie and the band for many years."

Watts's daughter Seraphina added, "My father was an intensely humble and private person off the stage, who relished and protected his private time at home with us. We were so very touched by the outpouring of love and support from all his fans when he died. We're very happy and grateful that Paul, who interviewed my father many times over many years, and whom my father liked and respected, is the one writing this very special book about this very special man.

"Since the beginning of this endeavor Paul has acted with insight, emotion, sensitivity and integrity. He was committed from the beginning to show the many sides of my father, not only as one of the greatest rock 'n' roll drummers - steering one of the longest-enduring bands of all time for almost 60 years - but as so much more, with his deep passion and love for jazz and boogie-woogie and of course, closest to our hearts, as an incredibly generous, kind, thoughtful and loving husband, brother, father and grandfather." The book can preordered here (ad).