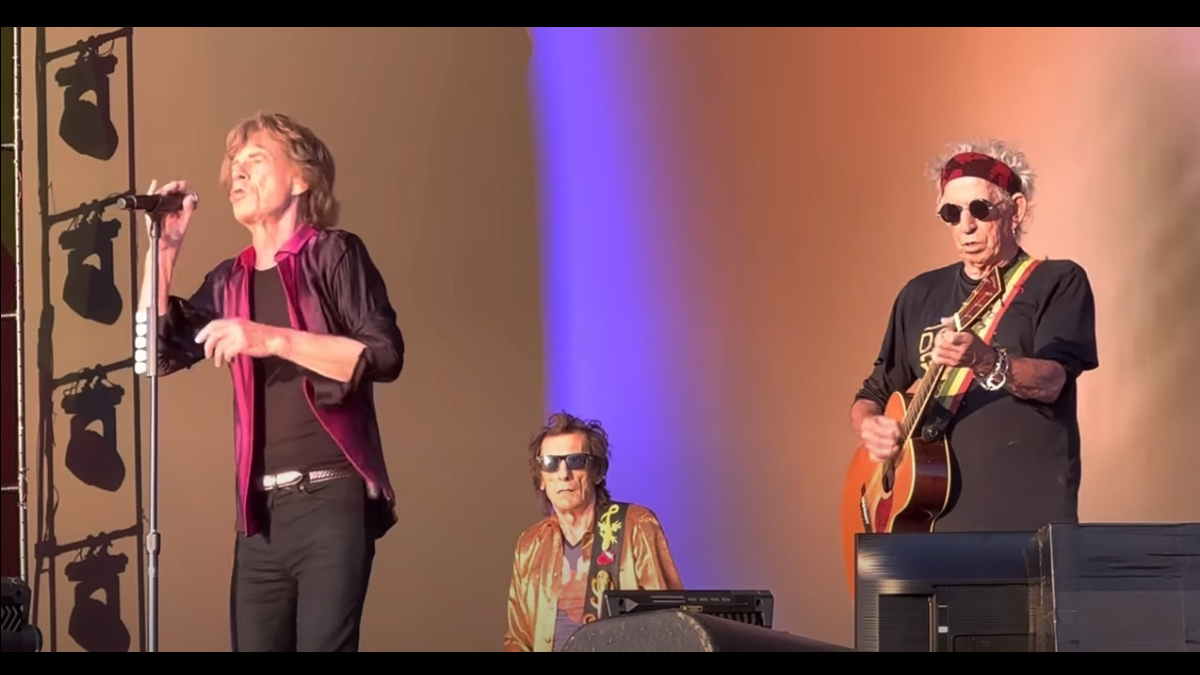 (hennemusic) The Rolling Stones covered the 1965 Bob Dylan classic, "Like A Rolling Stone", during the second of two concerts in London's Hyde Park on July 3rd, and fan filmed video has been shared online.

The event marked the 60th anniversary tour debut of the song, with the band's 1973 hit, "Angie", also making its first appearance during the trek. Following a June 25 show at the same venue, it was the sixth concert in the series, which opened in Madrid, Spain on June 1.

"Thank you London!," said the group on social media. "We've had the best time playing two incredible shows at Hyde Park on this tour. Thanks for joining us."

The Stones will next perform a rescheduled date in Amsterdam on July 7 after a planned June 13 event in the city was postponed just hours before showtime after Mick Jagger tested positive for COVID-19 while on the road, which also led to an appearance in Bern, Switzerland being cancelled.