Sammy Hagar In The Studio For 'Standing Hampton' 40th Anniversary 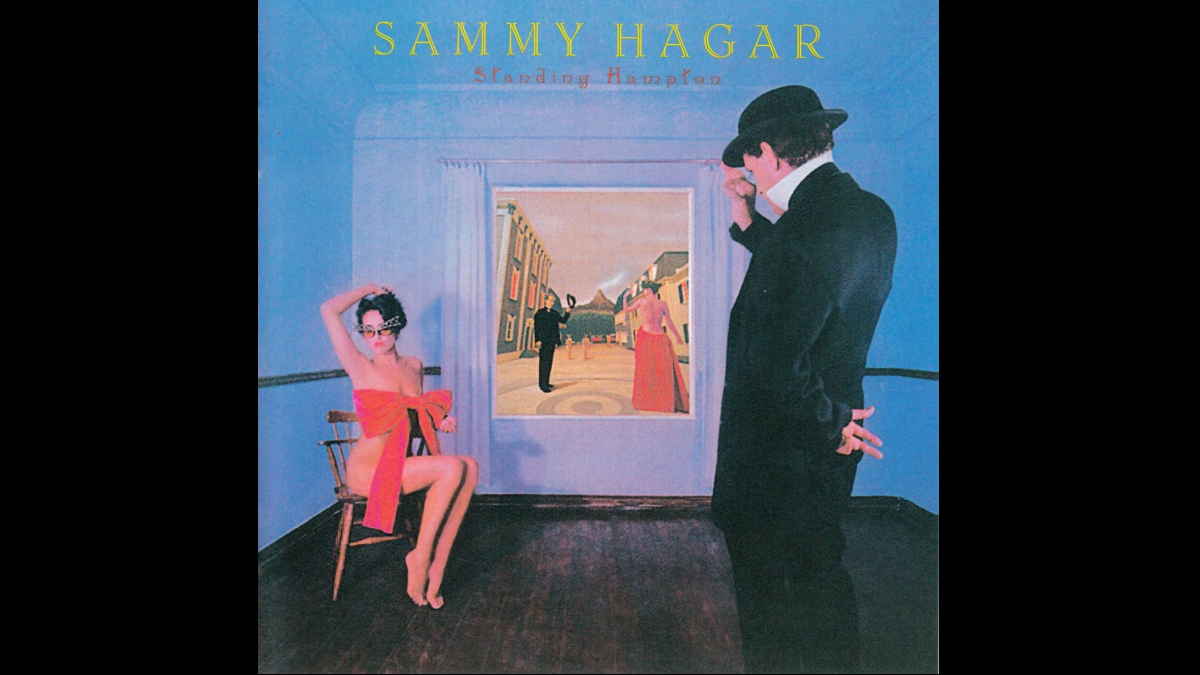 The 40th anniversary of Sammy Hagar's "Standing Hampton" album is being celebrated by the syndicated radio show In The Studio With Redbeard: The Stories Behind History's Greatest Rock Bands.

Redbeard had this to say about the episode, "Like Cheap Trick during the second half of the Seventies, Sammy Hagar had been the perennial best support/ opening act in rock during the same period, a stalwart undercard name after that first landmark Montrose debut but never getting a title shot until music manager/ label owner David Geffen premiered his new label with Sammy Hagar's Standing Hampton in January 1982 ( Geffen's other initial signing was some piano player named Elton something ,who I understand is still working if you can believe that). Sammy Hagar joins me here In the Studio to share the stories and some of his best leading up to and including 'There's Only One Way to Rock', 'I'll Fall in Love Again', and 'Heavy Metal' on the fortieth anniversary of Standing Hampton, the pivotal album in Sammy Hagar's long career.

"With his first two rounds as a rookie co-writing and singing on the first two Montrose albums, things soured quickly between the eager but naive Sammy and the more experienced namesake, the late Ronnie Montrose. Going it alone in a solo career would appear to be the most difficult path that Sammy Hagar could have chosen. But even early on, for Hagar there was only one way to rock.

"'I didn't have a choice,' Sammy explains here In the Studio.' It's really funny because I never ever wanted to be a solo artist. I wanted to be the leader, sure, but in a band. I swore then that I would never again play with people I didn't like.'

"That early professional lesson shaped his outlook as much as the heartbreaking loss of his father. 'My father was a professional boxer, bantamweight, who fought for the title seven times against one of the greatest fighters in history, Manuel Ortiz... If it hadn't been for him, my father would have been champion.' Clearly Sammy is proud of his father's stature, learning never to quit, but the son saw how substance abuse could defeat his dad in a way no person ever could.

"'When you see your father at age 53 drink himself to death...He died under a park bench. I swore that would never happen to me. A blind man could see that drugs and alcohol can kill you,' Hagar confides.

"For over four decades, Sammy Hagar has answered the bell and come out swinging: from co-writing and belting out the songs on that first classic Montrose album in 1973, to a decade of undercard matches night after night as a solo bandleader. Finally breaking through to an arena headliner in the mid-Eighties, Hagar got the love/hate job of fronting one of America's biggest bands then, Van Halen. After a decade of that soap opera, he resumed his solo career without missing a beat, ending up at the top of the New York Times best-seller booklist with his unvarnished autobiography. Here is round one of Sam the Man's story as told by the 'Red Rocker' himself In the Studio." Stream the episode here.