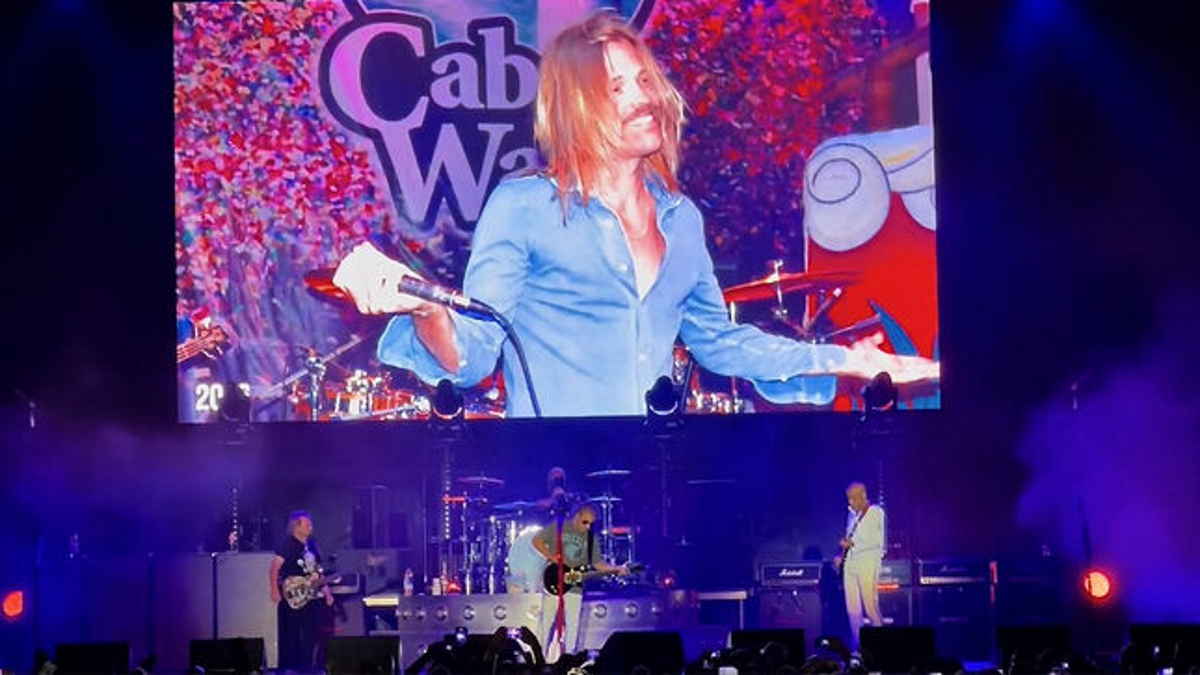 Sammy Hagar & The Circle performed the Foo Fighter's "My Hero" at the Beale Street Music Fest in in Memphis, TN last Friday (April 29th) in tribute to the band's late drummer Taylor Hawkins.

The former Van Halen frontman's band was called on to take the place of the Foo Fighters at the event after they canceled live appearances following Hawkins death on May 25th in Bogota, Colombia.

Hagar had this to say, "When we were asked by the promoter to fill in for the Foo Fighters at the Beale Street Music Festival, my first reaction was 'No f***ing way!'

"We discussed it as a band, and we came up with 'Why not! Let's just go play music and you're at a big ass Circle party for those people, just do what we do!'

"Then with Dave Grohl's blessings we decided to do a broken down version of one of my favorite songs from one of my favorite bands. It felt appropriate. No rehearsal, After all this is rock 'n' roll and thats what it's all about. Enjoy." Watch the "My Hero" performance below: