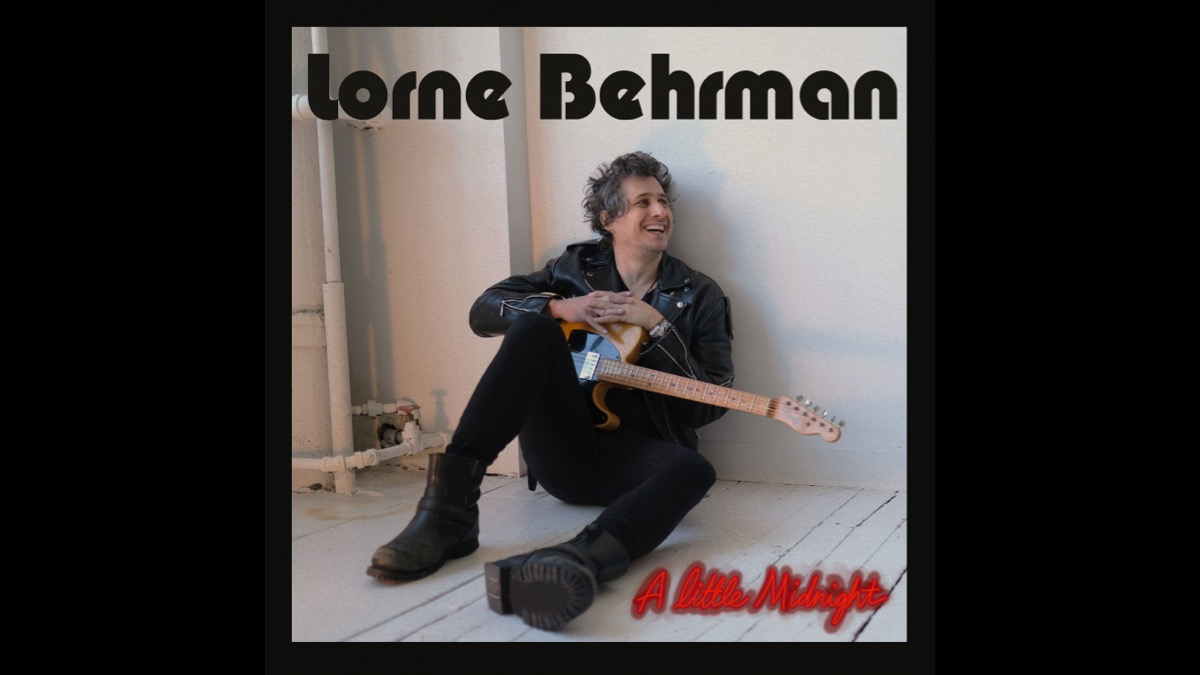 Lorne Behrman just released a video for the title track to his forthcoming album, "A Little Midnight", and to celebrate he shared his thoughts about the song and the visual.

He said of the song: It came down to me having a bad day where a lot of normal but challenging life things were stacking up. I was nervous about paying bills. I had taken my cat to the vet, it looked like she was really sick, and I was waiting on results. And someone in my family was struggling with some serious mental health issues. I felt overwhelmed. When I feel that way, I want to escape from it all. But I couldn't-it's real life; it's being an adult. I was so worried and I sat on the couch and picked up my guitar and sang and played that opening line, "I don't want to run away again/my problems like feathers in the wind." It gave me a lot of comfort-like a punk rock n' roll lullaby to ease my fears. A lot of times the problems we have in life seem more manageable on the other side of the day. Like hang on for a bit, the strength and wisdom to deal with your problems will come.

My decision to release it first was that I feel like it set the tone for the album which is hope. It's a personal and candid album about my life, but there is an optimism and warmth there, even in the sadness and aggressive parts of the music. There's always, always hope in my music. Always.

The said of the lines, "Cracked sidewalk/crooked roots/Shoot up till you fade away": That was a poetic image on my street. A tree coming up at an angle from the sidewalk and cracking the sidewalk, and next to it on the ground, a hypodermic needle. The image was just really metaphorically powerful.

Lorne said of the short length of the song (just 1:47): I love the idea of a little dose of strength or a quick jolt into resilience. The thought being, maybe someone is having a hard time, and they can take less than two minutes and "A Little Midnight" will reset them and make them feel better. For me, punk rock always made me feel better quickly. When it's the right song, you only need to hear a small amount of it to feel centered, hence, the lyric A little midnight/ it's alright/A little midnight it does you right.

Finally, he had this to say about the video: I was telling the director David J Baron about the meaning of the song and the story that inspired it. He thought it would be interesting to explore the narrative with levity. We talked about the great Replacements video for "Bastards of Young," and the idea of a video where everything goes wrong.

Paige is like a sister to me, and we've been guiding lights with each other's music careers. I've played on a few of her recordings for her band How Tragic before they found their guitar player. So, doing things together, and me being playfully annoying, is part of our lives as close friends and collaborators, especially that scene with the guitar solo.

When we shot the video it was me, Paige, director David, and my fiancée, Danielle, just hanging out at a studio having fun. Just friends laughing and doing something low key. It was a lot of fun and very loose, and I wasn't self-conscious. However, when I first saw the video, I was nervous because I felt like all the "uncool" things about myself were exposed. I showed it to Paige and Danielle and they were like "that is you," and that made me feel like I should just got with it. I was overthinking it, and taking myself too seriously.