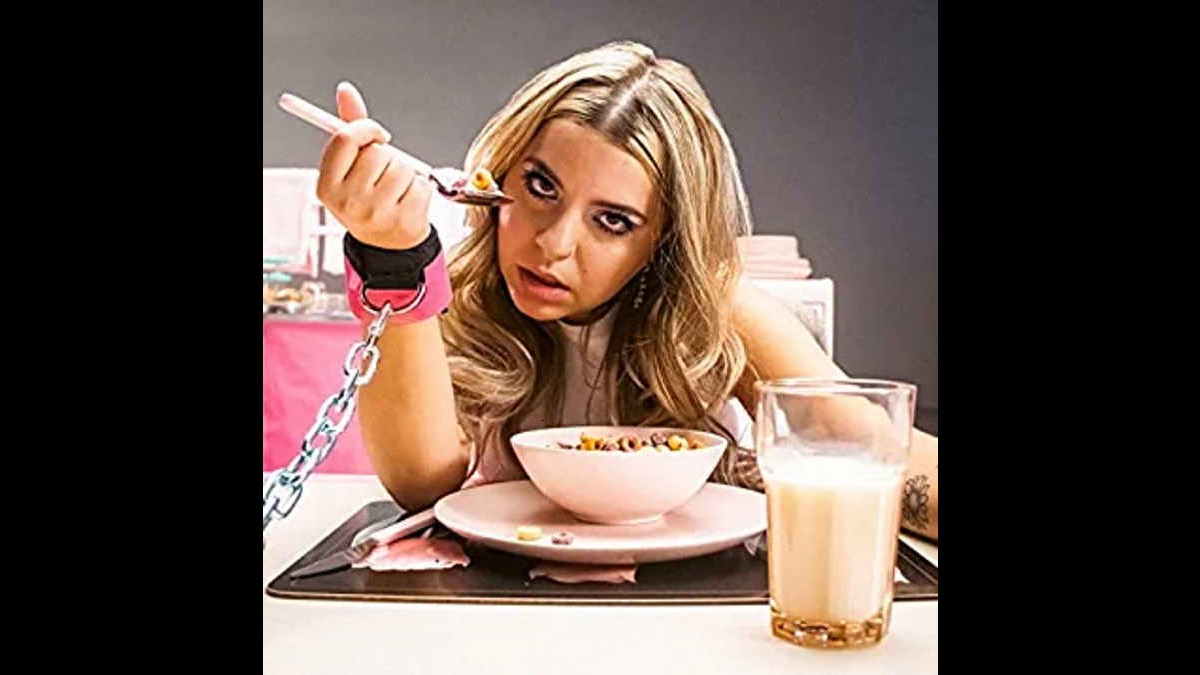 JUNO Award-winning alternative rockers MONOWHALES recently released their new single "StuckintheMiddle," and to celebrate we asked vocalist Sally Shaar to tell us about the track. Here is the story:

[Trigger Warning: Self-Harm] As we all know this pandemic hit us all in unforgivable ways. One positive to come out of the experience is that songwriting with folks overseas became in a way -- more accessible. I'm sure there are a lot of relatable stories about how we all had to adapt to video chatting every day to keep our work or social life up in one way or another. Thanks to this uptick in tech-savviness we were able to connect with writers in a space that felt different but in a strange way also normal.

We were connected with Robert Stephenson who currently resides in Germany. We had already had one successful writing session with Stephenson where we wrote our last single CTRL^^^. Since we enjoyed his company and the process so much we figured we should do it again! Clearly, even though just separate computer faces on a screen, all our personalities vibed well together. The track immediately moved into a spiteful sounding vocal, which I often feel quite comfortable voicing. I believe the track was written starting from the beginning to the end. Meaning the first verse was written first, then the pre-chorus, chorus, verse 2 (lyricless at the time), breakdown, and chorus. Although the final version from the demo was much more trim (I remember the original song even had this extra melody about "running away" that never got in, which I personally loved but we made the right choice). This song came together almost entirely in that first writing session. The Verse 2 lyrics, new breakdown and flaming hot guitar solo came later down writing and producing pipe for StuckintheMiddle.

When I was recording the vocals for this first demo, I remember the choruses felt so satisfying to scream out. Those choruses other than a few minor lyric changes ended up pretty much the same way they are on the final recording. During the writing, the recording and now the performing of this track, the same cathartic feeling rises up in me anytime I am singing it.

To be honest with you when we went in to record the final vocals for StuckintheMiddle in the studio I was in a completely manic and, to be frank, suicidal state. I had decided that to not let my pals down, these recording sessions would be the last thing I did before I said goodbye. Mostly because I know how much work was put into them and I felt too guilty to not follow through on our year's worth of plans and work together. In the end, it was not a bad thing that this record kept me on this earth for a little longer. I am in a much better place now and so grateful to be alive as hell! This song in particular helped me. It still helps me. I am very satisfied with what I am saying in it, how therapeutic and trauma-healing the song content itself is, and how I use my body and voice to express and let it out. (The video was very helpful too, I don't want to get into too much detail but I put myself through some painful states to get those performances and I am so proud of it.) If I had to wrap it up I'd say that growing up music was always my therapy, my escape, my best friend at times and has always helped me through some rough times. As I have grown, a piece of me might have started to take that for granted but, the process of StuckintheMiddle from start to finish made me remember how once again music will always be my savior (among lots of other healthy changes I am making in my life.) Please take care of yourselves the way you deserve to be and I hope this song can be helpful to you on your journeys.