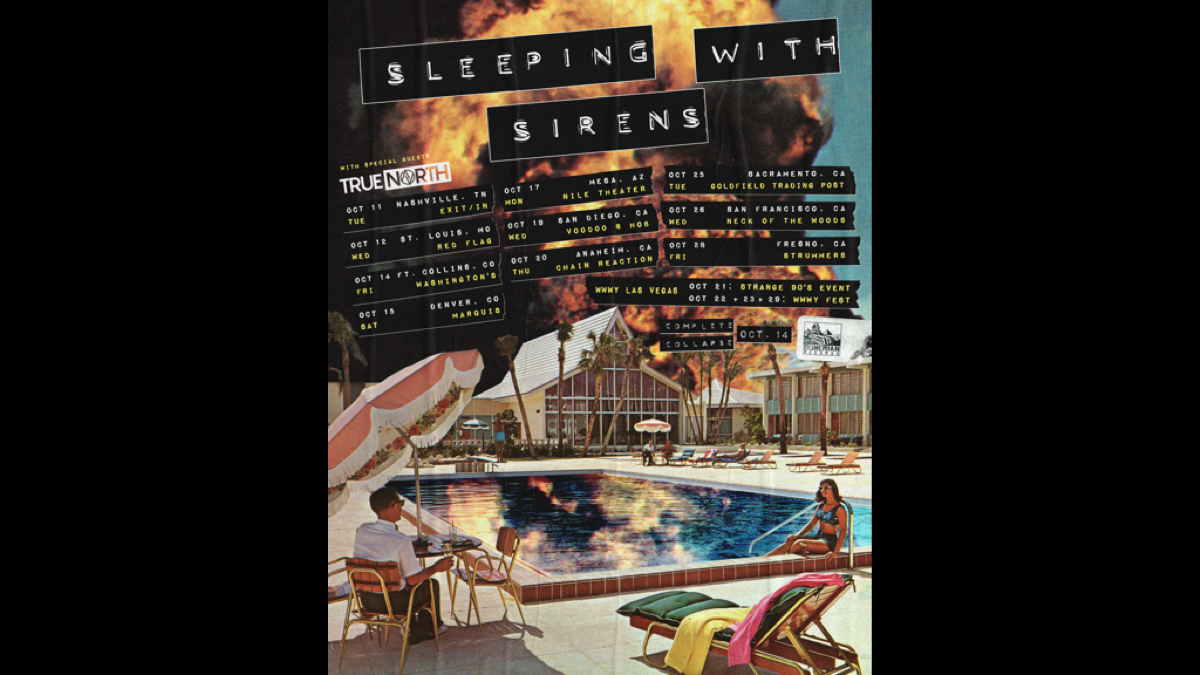 Sleeping With Sirens have announced that they will be hitting the road this October for a short tour of intimate venues across the U.S. to celebrate the release of their new album, "Complete Collapse".

The album is set to be released on October 14th and the band will be launching the trek on October 11th in Nashville at Exit/In and will wrap things up on October 28th in Fresno, CA at Strummers.

True North will be supporting all of the dates on the trek, except the final stop in Fresno where Dragged Under will take over. Sleeping With Sirens will also be taking part in the When We Were Young Festival in Las Vegas.

Sleeping With Sirens Music and Merch